Singer, actress and Broadway royalty, Lea Salonga, known across the world for her powerful voice, perfect pitch and her Tony Award winning role in Miss Saigon and critically acclaimed role as Eponine in Les Misérables, has announced her first ever solo U.K. tour which will include a show at The London Palladium. Details of dates below.

Salonga last appeared on the West End at the Prince Edward Theatre for the sold-out Miss Saigon 25th Anniversary. The Disney legend, who is known for her roles as the singing voices for Princess Jasmine in Aladdin and Fa Mulan in Mulan and Mulan II and is a judge on the Philippines hit version of “The Voice,” has sold a staggering 19 million albums worldwide to date making her one of the best-selling Filipina artists of all time. Having previously performed for the likes of Diana, Princess of Wales, Her Majesty Queen Elizabeth II, Bill Clinton and George W. Bush, Lea boasts numerous accolades such as an Olivier, Drama Desk, Outer Critics Circle, and Theatre World Awards, amongst others.

In 2017, Lea released her electrifying live album “Blurred Lines” which preceded a sold-out run at New York’s renowned Feinstein’s / 54Below. The six-date showcase was received with overwhelming accolades from fans and critics alike. She returned to the famed venue for a record-setting 15-show encore performance that wrapped up her latest North American tour.

Don’t miss the musical sensation Lea Salonga in concert as The Original Miss Saigon Returns on her first ever solo headline U.K. tour from 26 February 2019 which will stop in Manchester, London, Birmingham, and Cardiff.

Tickets for Lea Salonga go on-sale to the general public on Friday 14 September 2018 at 9am at http://www.cuffeandtaylor.com/. 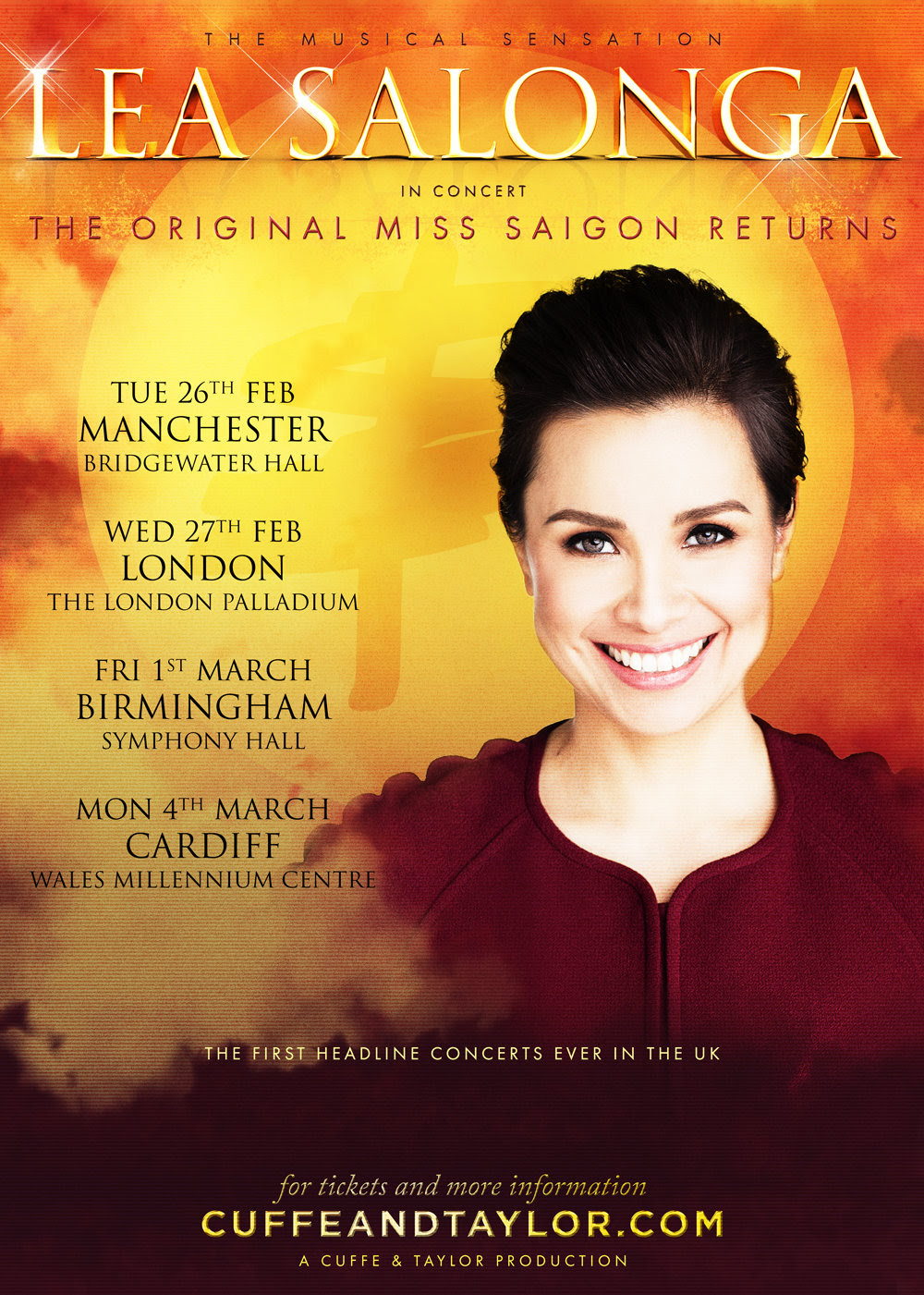