WRONG Festival are extremely pleased to announce the full line up for the unmissable second-year outing of the vital oddball rock music festival. Set to take place on the 28th of April 2018 at Liverpool Docklands, they’ll be shining a spotlight on talent from both the burgeoning local, and UK-wide, Freakscene.

Joining the already-announced 2018 headliners, cult Cardiff rock band FUTURE OF THE LEFT (feat. members of Mclusky and Million Dead), organisers are pleased to reveal that MUGSTAR will be performing alongsideDAMO SUZUKI as his backing band for the evening.

WRONG Festival organiser Michael Edward commented on the additions: “I’m incredibly proud of this line up. I always try to make my way to as many sets as possible when I put on the festival, in between all the running around organising things, and this year I’m going to have my work cut out. Gnod made my favourite record of last year. Conan are legends, and are one of Liverpool’s greatest bands. Spectres are an absolute hellscape.

“I’ve done my best to spoil everyone for choice from the top of the bill to the bottom, and with a breadth of genres from punk rock to psychedelia to doom metal to noise and even to dream pop. Some of these acts are genuine musical heroes of mine, so it’s an honour to be able to put on an event like this. It’s also nice to feature most of the Loner Noise roster once again. Really it’s just a cross section of bands that I adore, and I hope everyone else will too.” 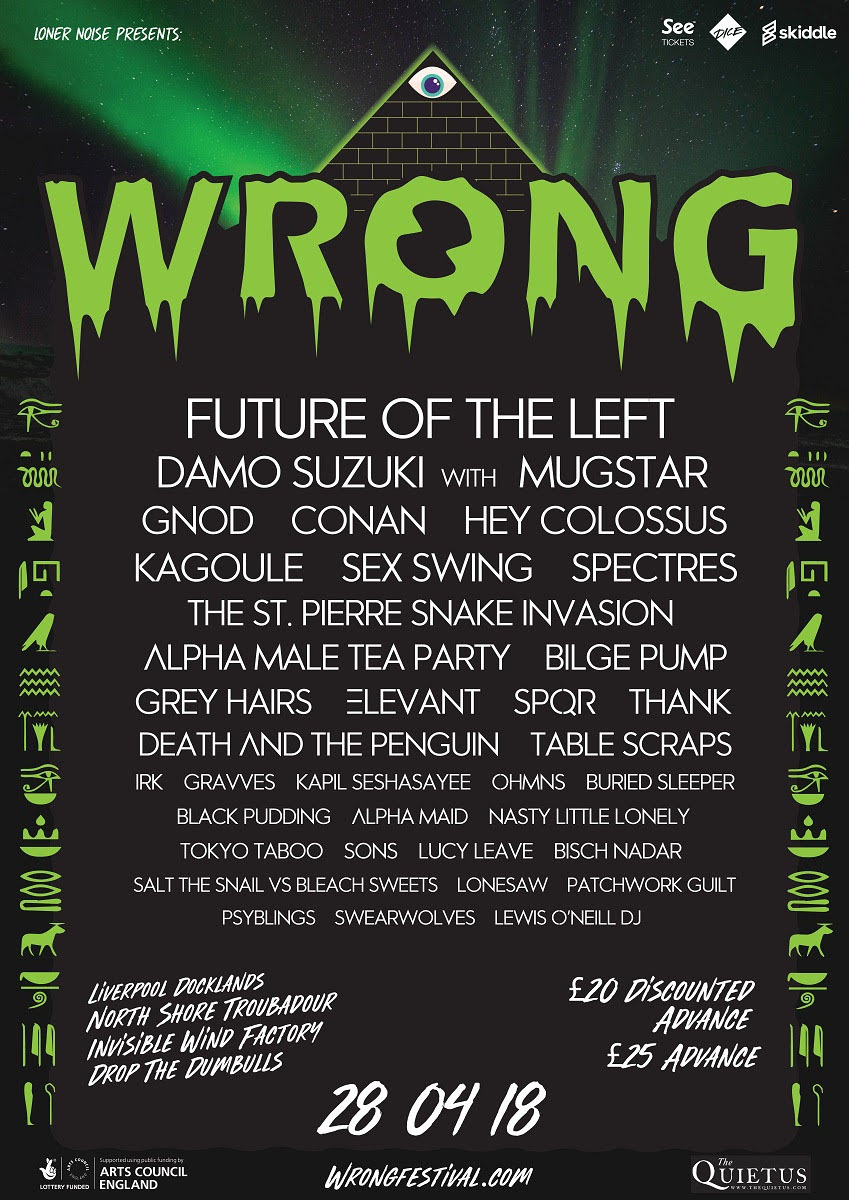