Over 25 years have passed since Dire Straits disbanded, leaving a catalogue of some of the finest compositions and musical performances that the heyday of rock ever produced. If anything, their reputation has only grown with time. Record sales of more than 125 million albums continue to increase as new young fans discover the music and join the band’s massive worldwide following. A trend that is echoed in their 2018 inauguration into the Rock ‘n’ Roll Hall of Fame.

It was against the backdrop of a two-decade break – and an increasing demand to hear one of the most dramatic songbooks in rock history played live again – that former members of Dire Straits, Alan Clark, Chris White and Phil Palmer formed The Straits for a charity show at The Royal Albert Hall in 2011. With the prolific Knopfler enjoying an incredibly successful solo career, Alan Clark called upon the singer songwriter, Terence Reis to front the band in his absence. By the time The Straits ended, three and a half years later, the band had played more than 150 shows in 25 countries around the world.

However, an invitation to play a series of shows in New Zealand and Australia saw Chris White and Terence Reis collaborating again for The Dire Straits Experience. Joining them is a stellar band of some of the finest professional musicians the UK has to offer. Between them they have worked with an enviable list of rock royalty that includes, amongst others, Mark Knopfler, Eric Clapton, Paul McCartney, Sam Brown, Elton John, Joe Cocker, Nik Kershaw, George Michael, Jamiroquai, The Killers, The Waterboys, Mick Jagger, Tina Turner, Midge Ure, Albert Lee and Tom Jones.

Chris White said:
“I have been truly amazed and, frankly, humbled by the response we have had from the fans on hearing these songs again. Dire Straits have the most amazingly loyal fan base. It has been so great to reconnect with people I last saw in 1992 and see them still getting so much from this music. Also, it is fantastic to make new friends among the many young people who are now discovering Mark and Dire Straits. So many people still want to experience this live. When I was first approached to put together a band to play the Dire Straits songs… I didn’t believe it would be possible to find someone who would be able to stand in Mark’s shoes without sounding like an imposter. I was wrong.

In Terence Reis, I think we may have found the only person on the planet that is able to play and sing like Mark, but maintain his own integrity and identity. I think this is the very essence of why the fans have been so accepting of what we do. They believe in Terence as his own man. They know he is not trying to be Mark. Because of his respect for Mark, Terence is able to perform these songs in a very honest way that allows his energy and talent to come through. This is exactly what allows the performances to feel alive and fresh. Not slavish copies of a bygone time. Without Terence, this would simply not work.”

And so it is that these songs, in all their ambition, grandeur and aching beauty, are once again presented live… for the fans that that have kept them alive.

Tickets onsale at 8am on Friday 26th January via musicplussport.com
Tickets available from £30 (London £35) 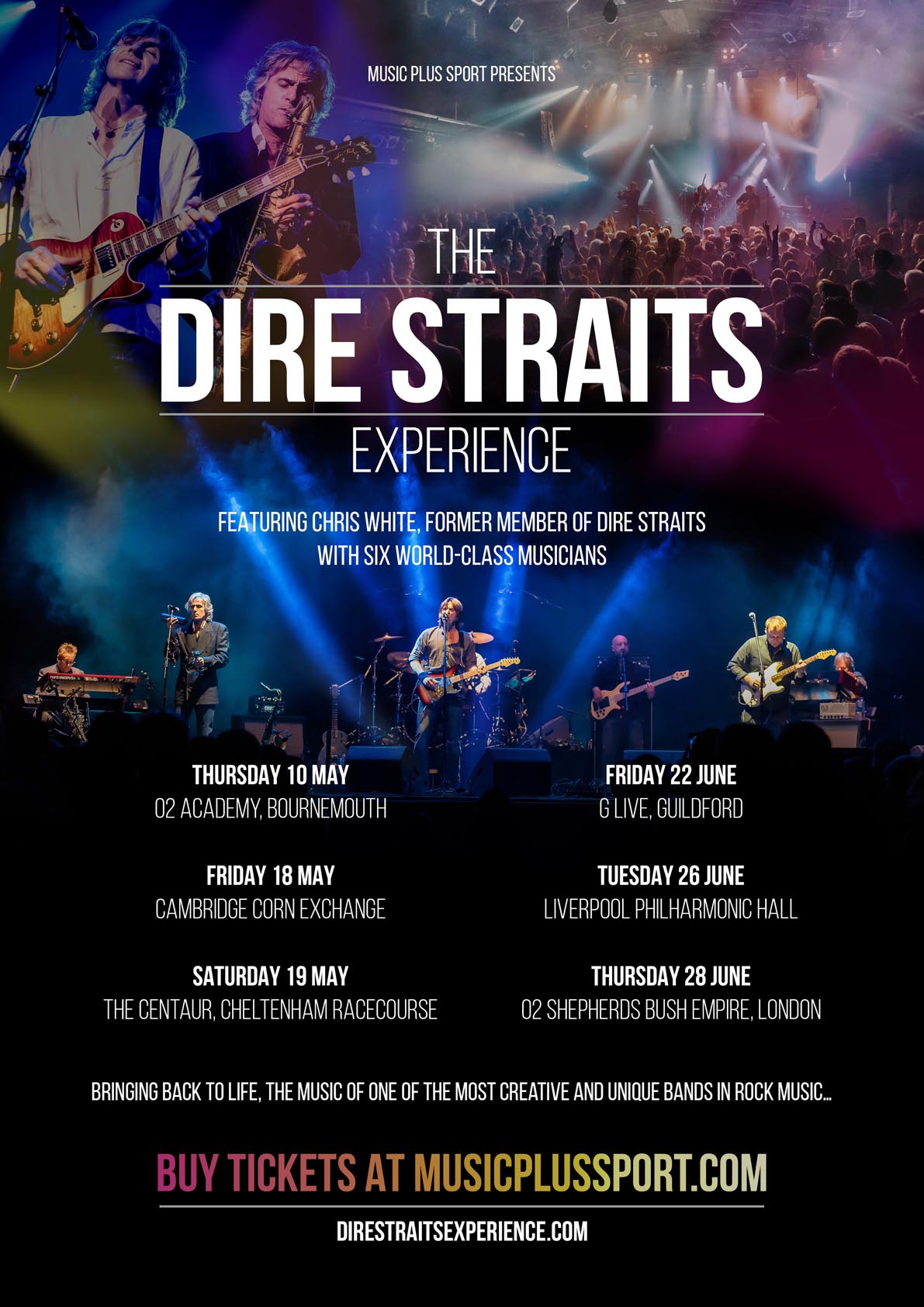