It’s hard to believe that it has been seventeen years since Californian pop-punk favourites Blink 182 had their mainstream breakthrough with hit single “All The Small Things”. A lot has changed since then and, in fact, since the band last played in Liverpool five years ago. Unsurprisingly then, as has been the case throughout this extensive UK tour, the Echo Arena in Liverpool was filled with fans young and old ready for the long-awaited return of the pop-punk heavyweights.

Although in the UK to support recent album “California”, the band treated fans to a hit-laden, career spanning set. Accompanied by a blast of pyrotechnics the twenty-two song set sees the band open with “Feeling This” from their 2003 self-titled album. Choosing to open the show with a track from the album that saw the band explore a more “grown-up” sound, shows how much the band have distanced themselves from their puerile early days. Oh hang on, what’s the behind them? It’s the word F**K in twelve foot high letters. On fire.

With Alkaline Trio’s Matt Skiba now firmly ensconced in the Blink ranks, the three-piece, completed by Mark Hoppus and tattooed drummer Travis Barker, batter and bounce through their twenty plus+ songs mixing up old favourites like “The Rock Show” and “Dumpweed” with more recent material like “Bored To Death”.

Predictably, “All The Small Things” has the Liverpool crowd bouncing like it has never bounced before while the night ends with Travis Barker’s son Landon taking over the drum seat and bringing a riotous end to another crazy night in the world of Blink 182. 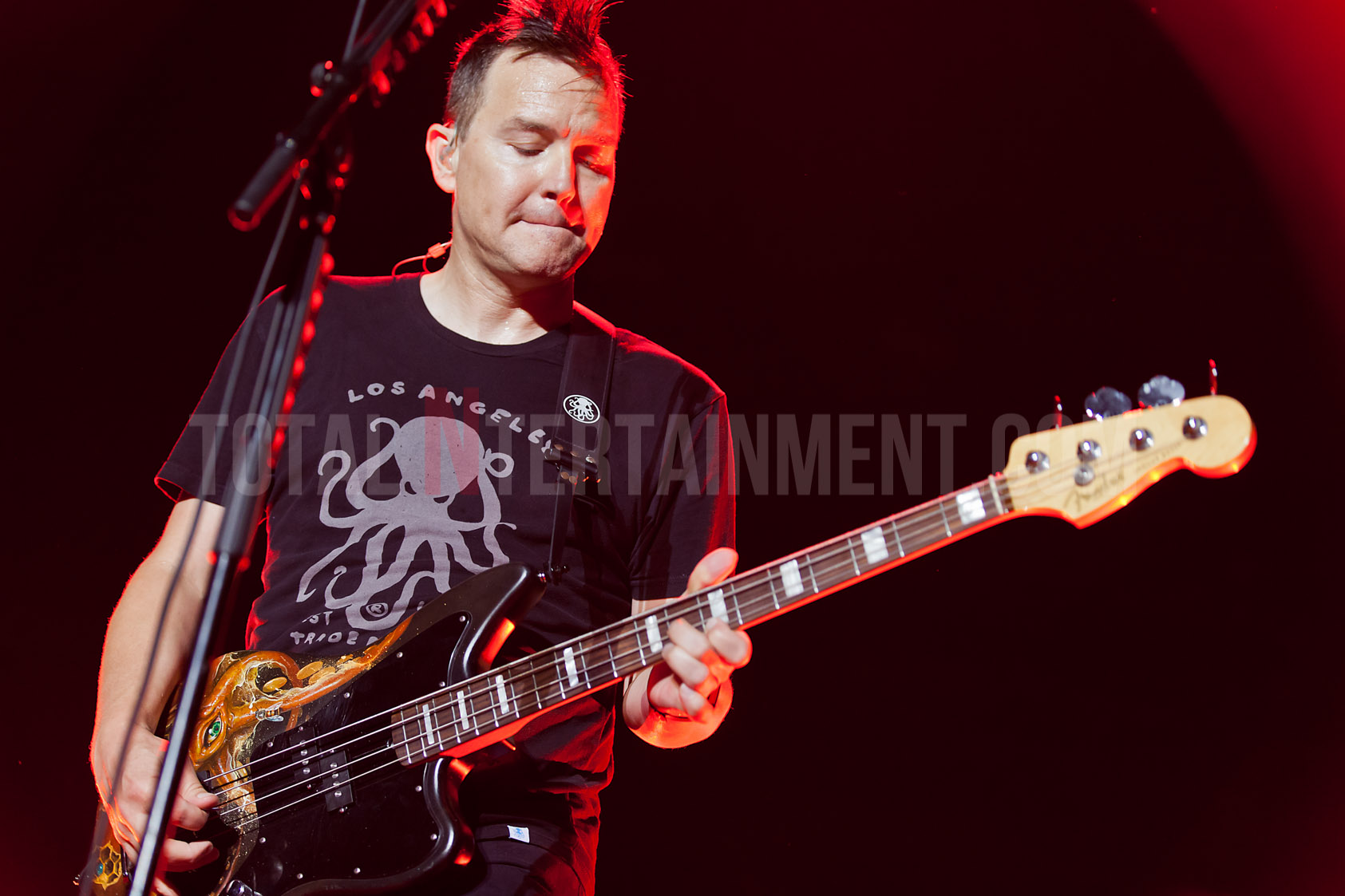 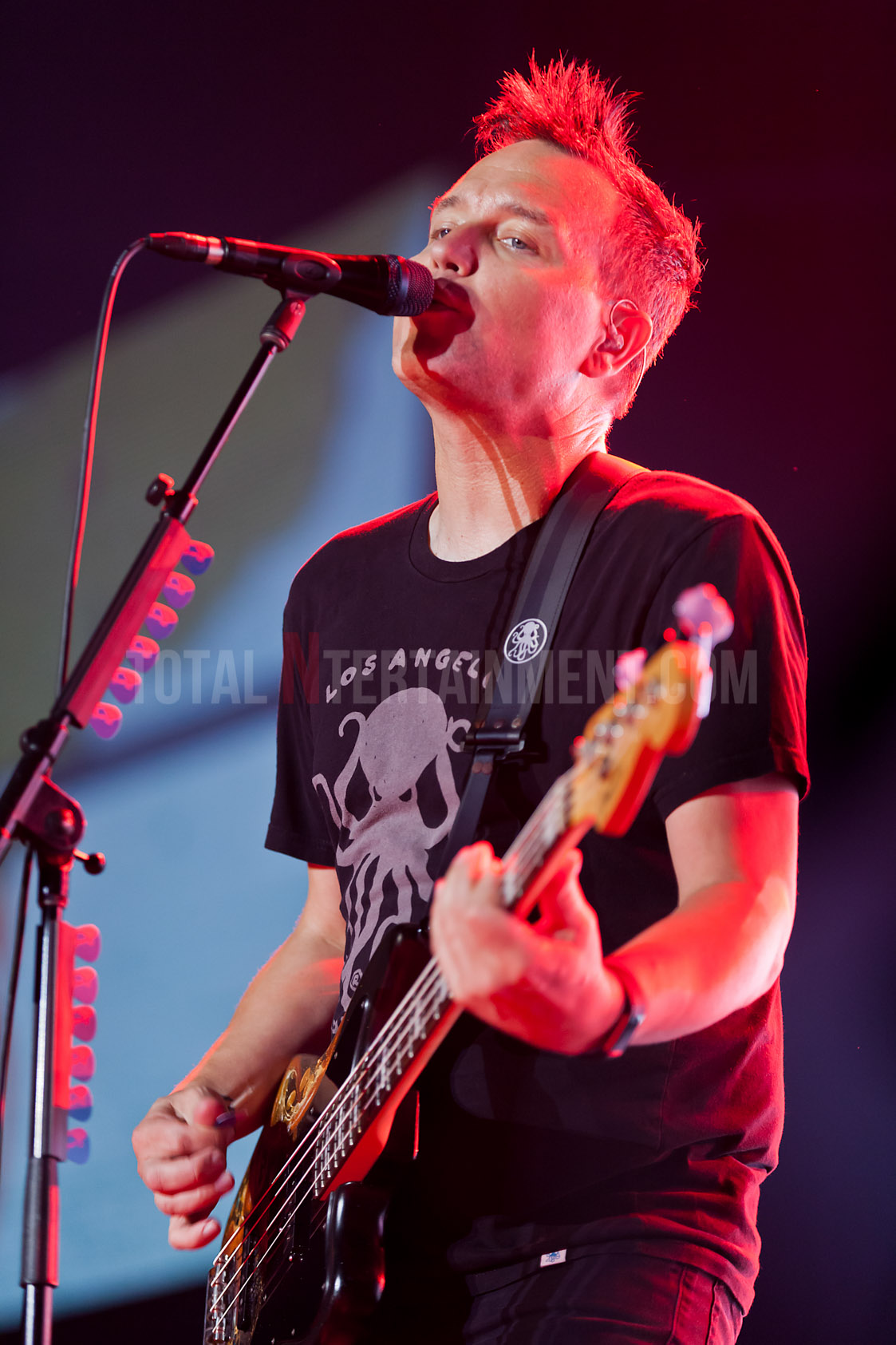 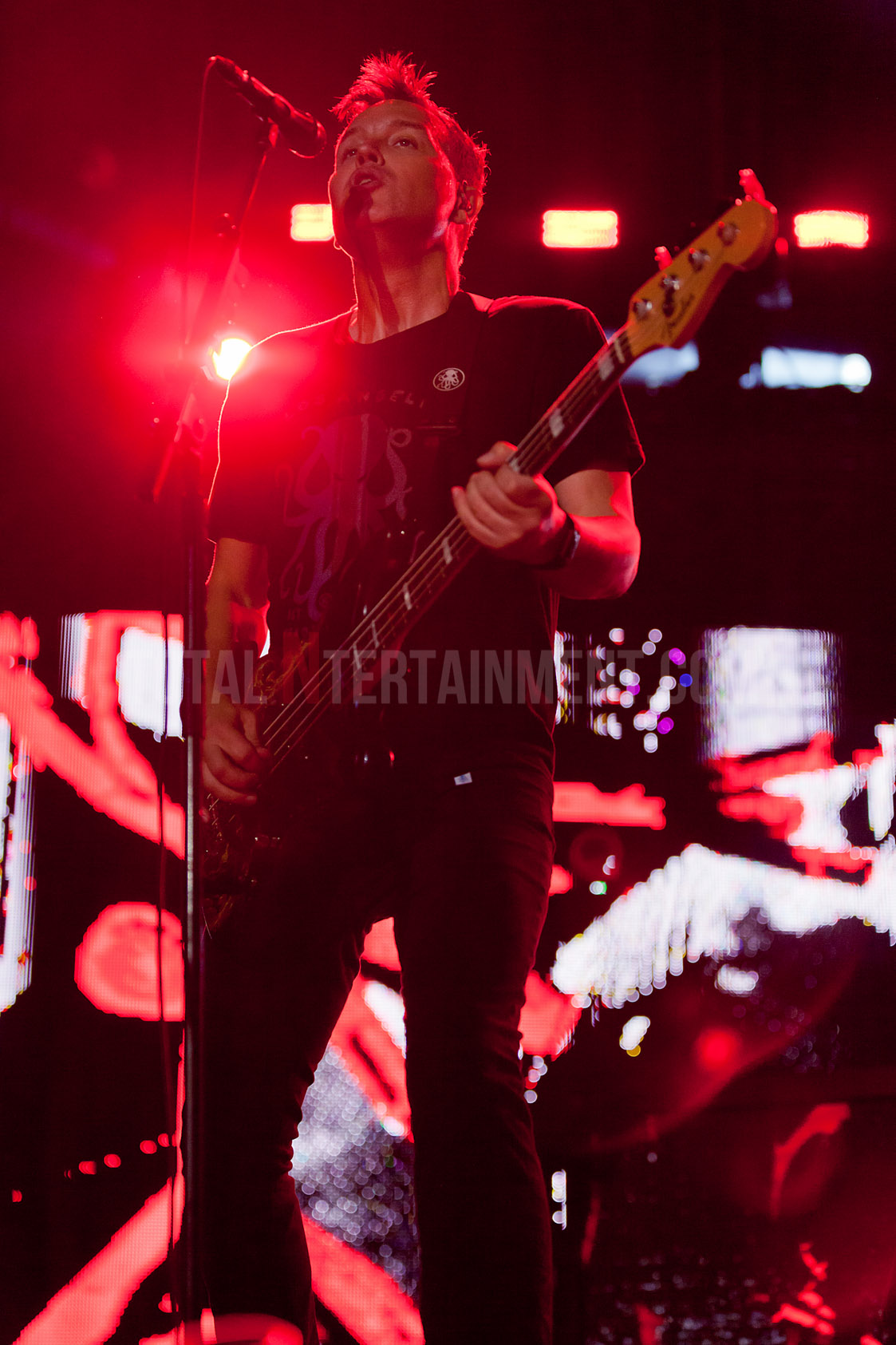 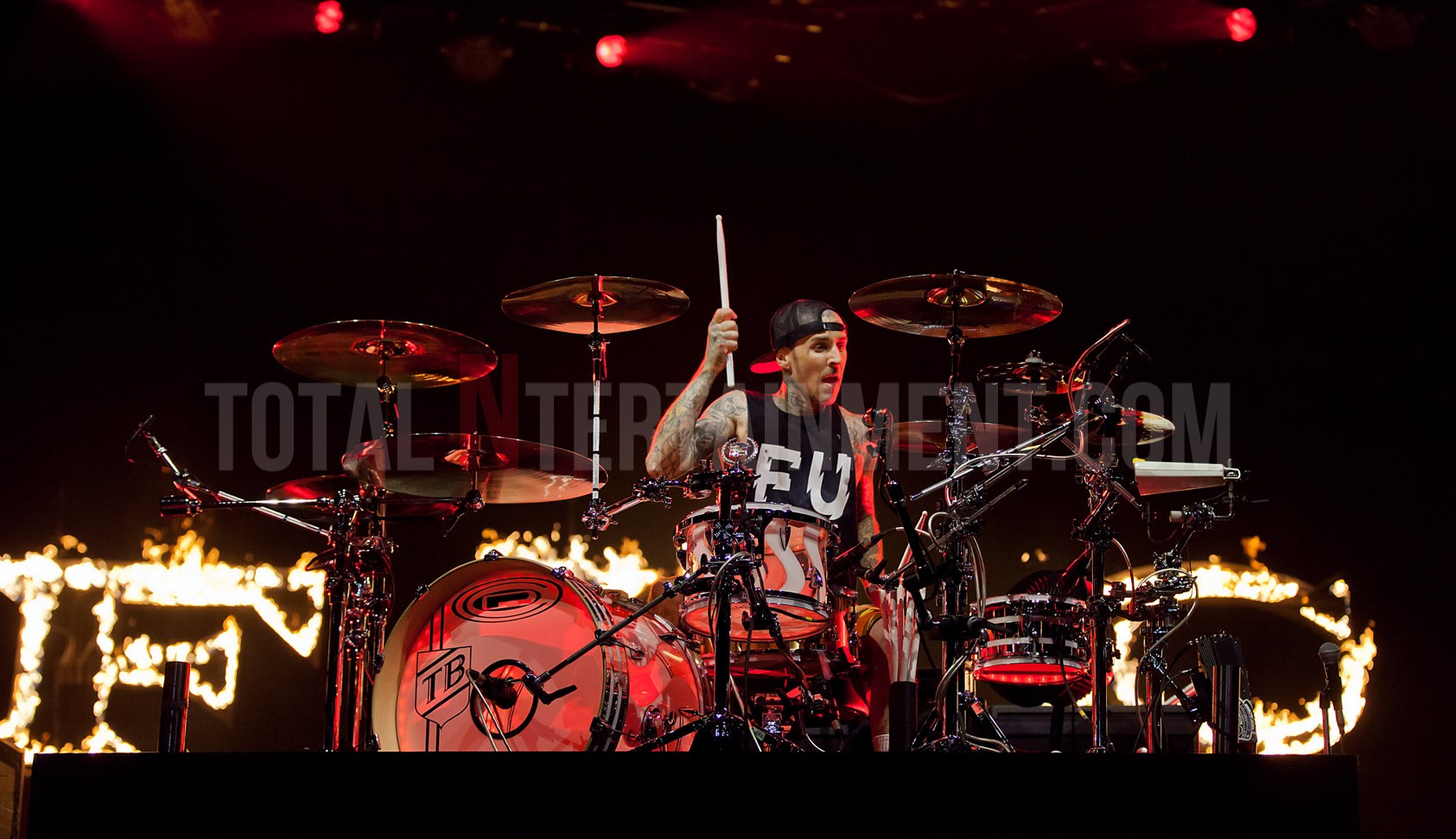 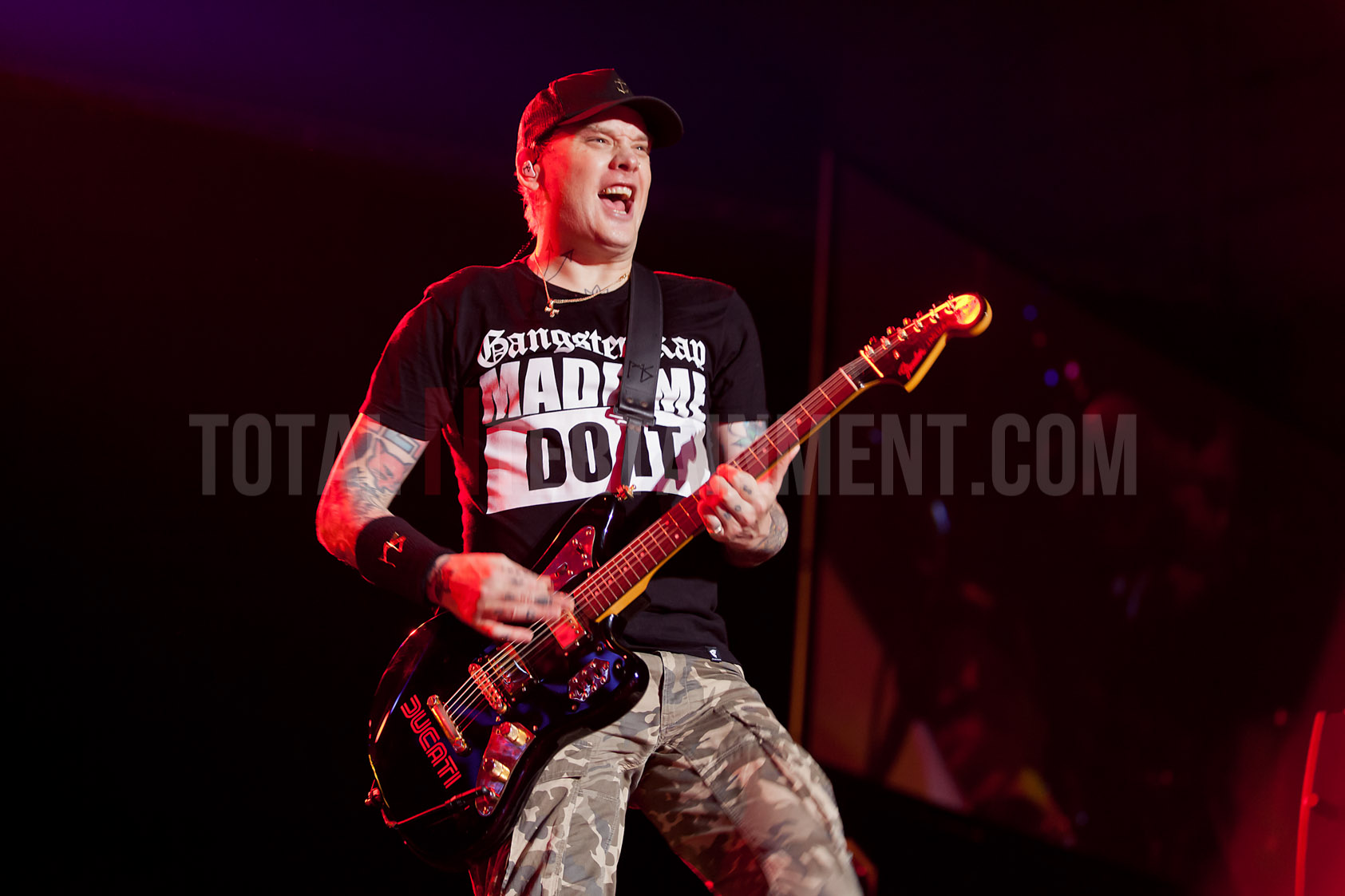 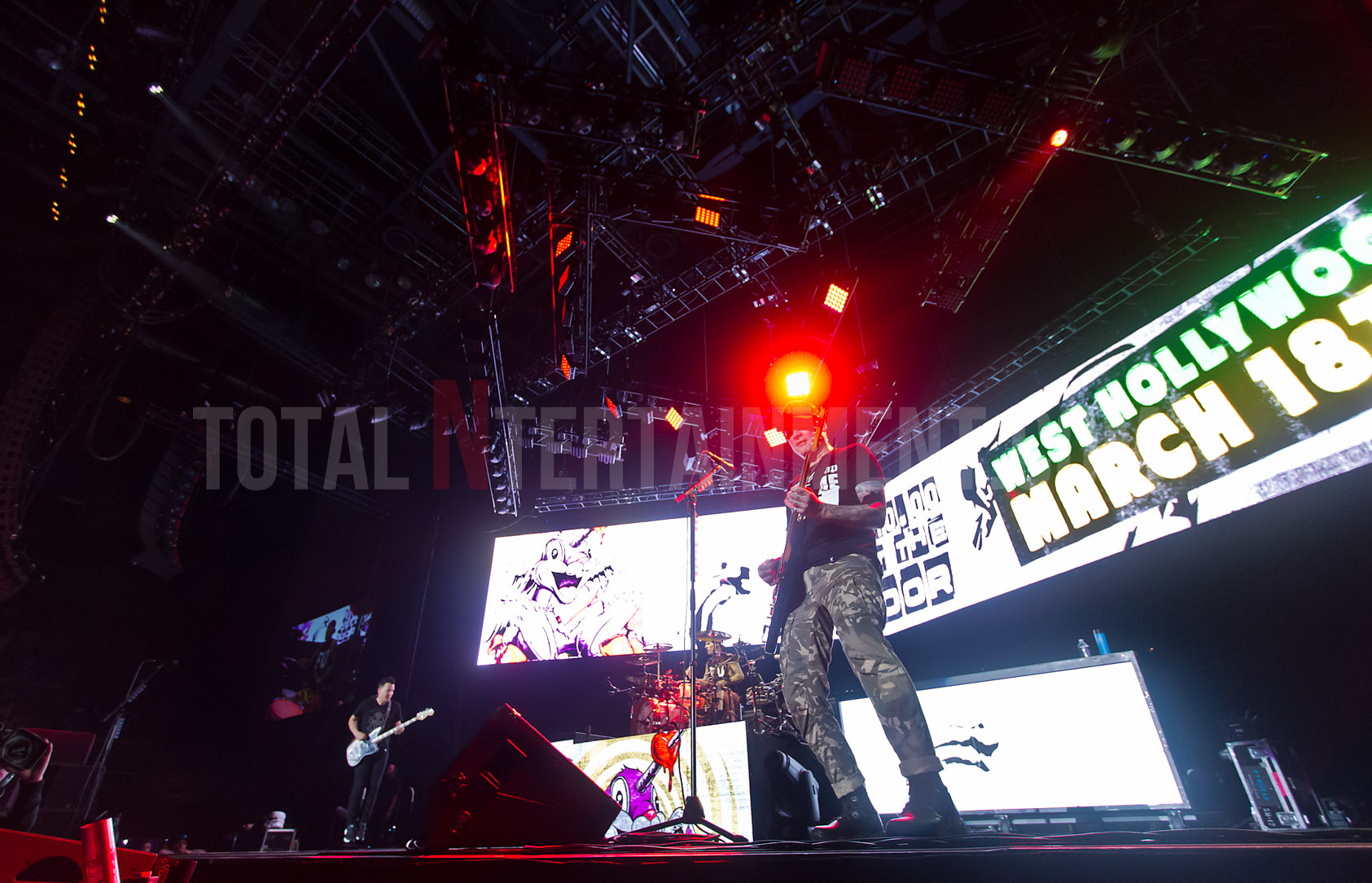 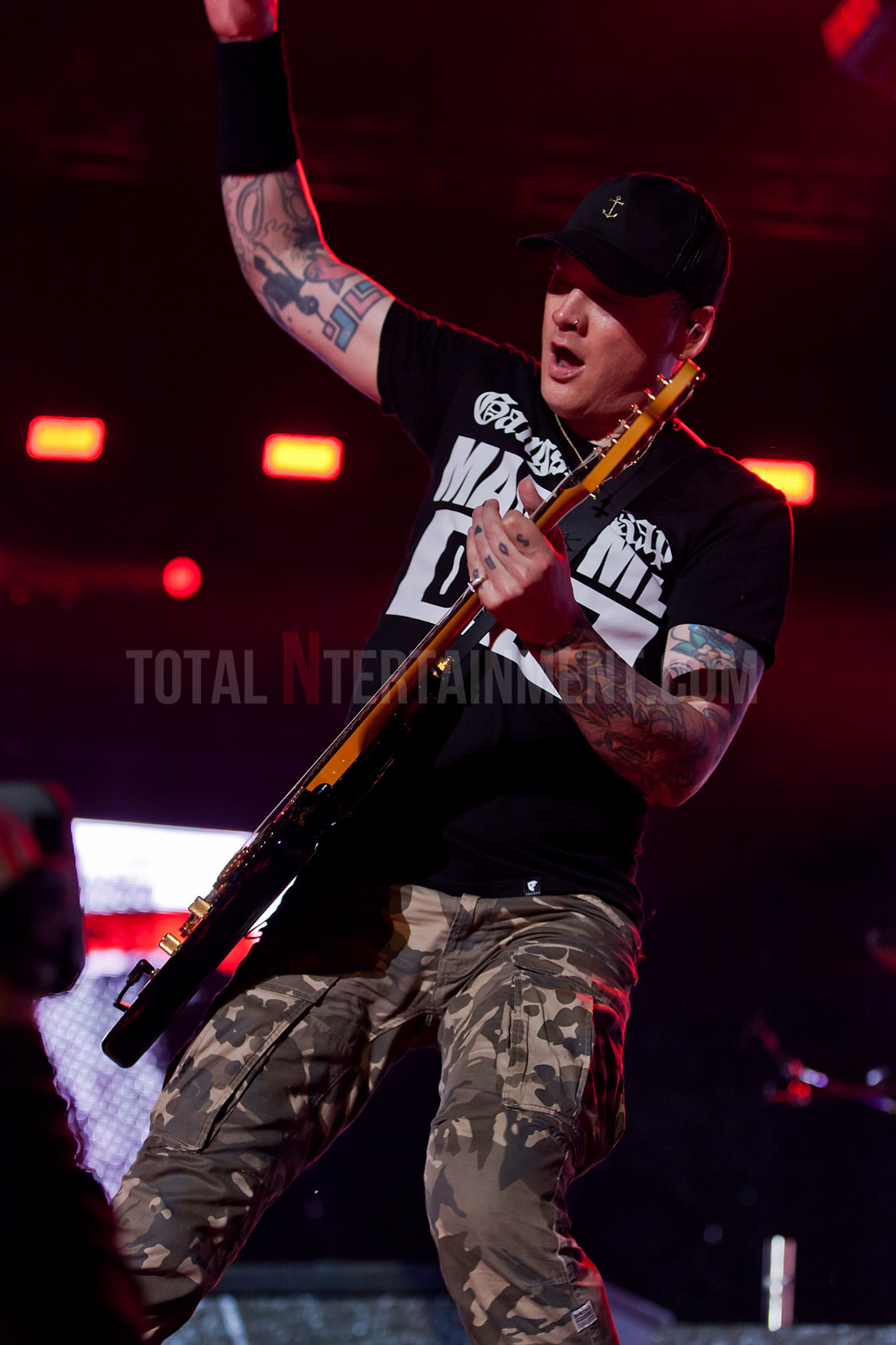 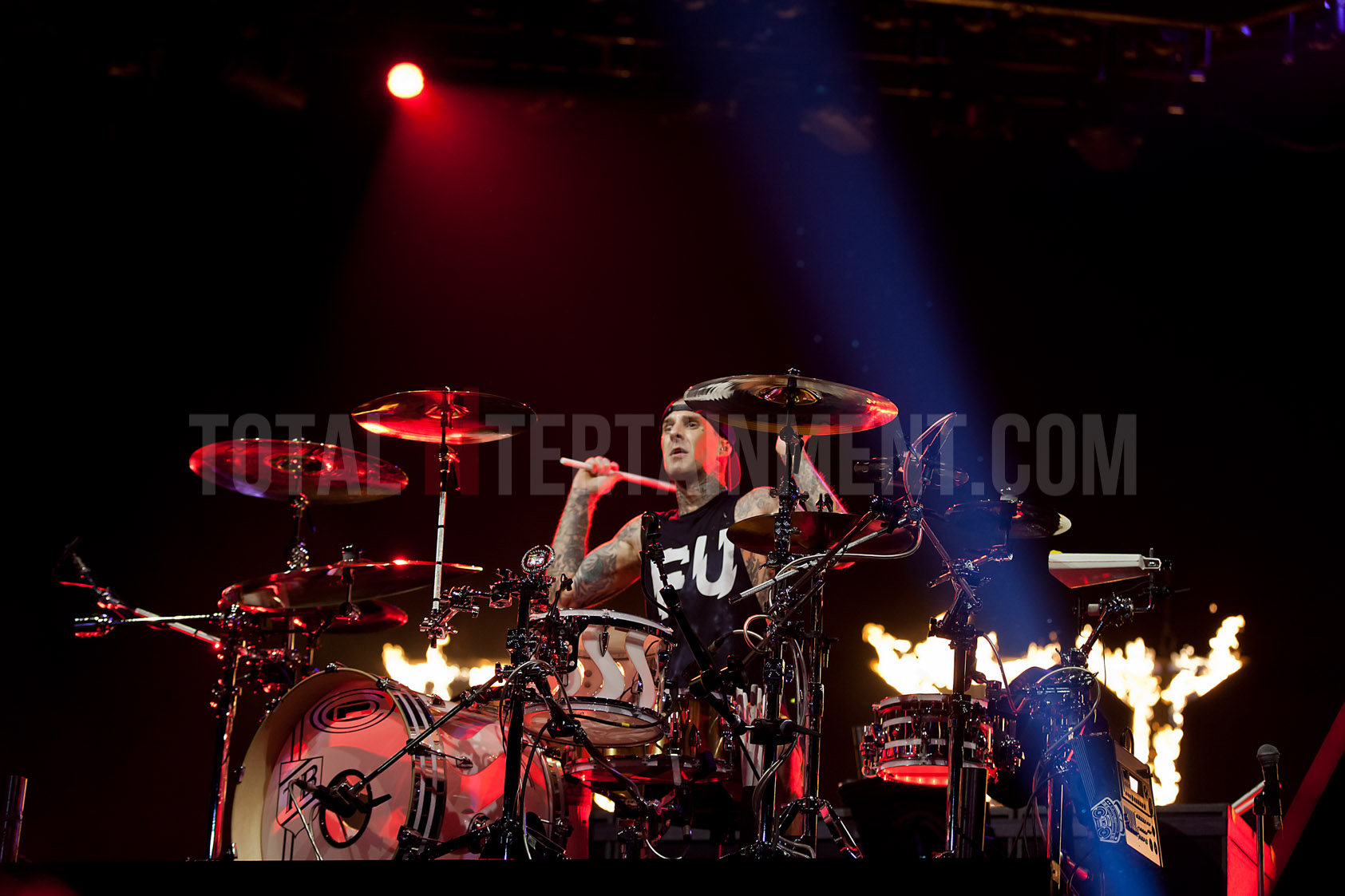 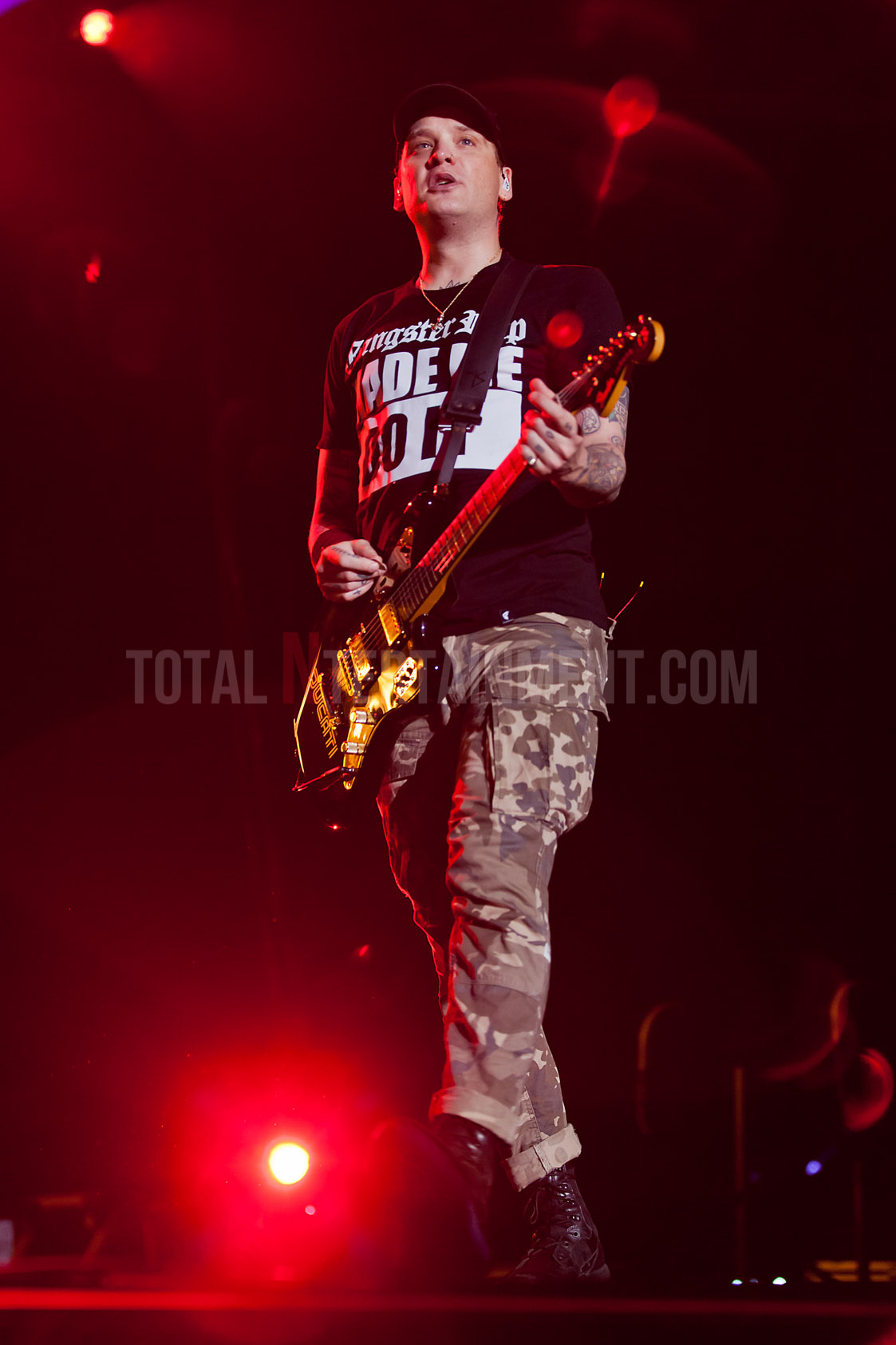 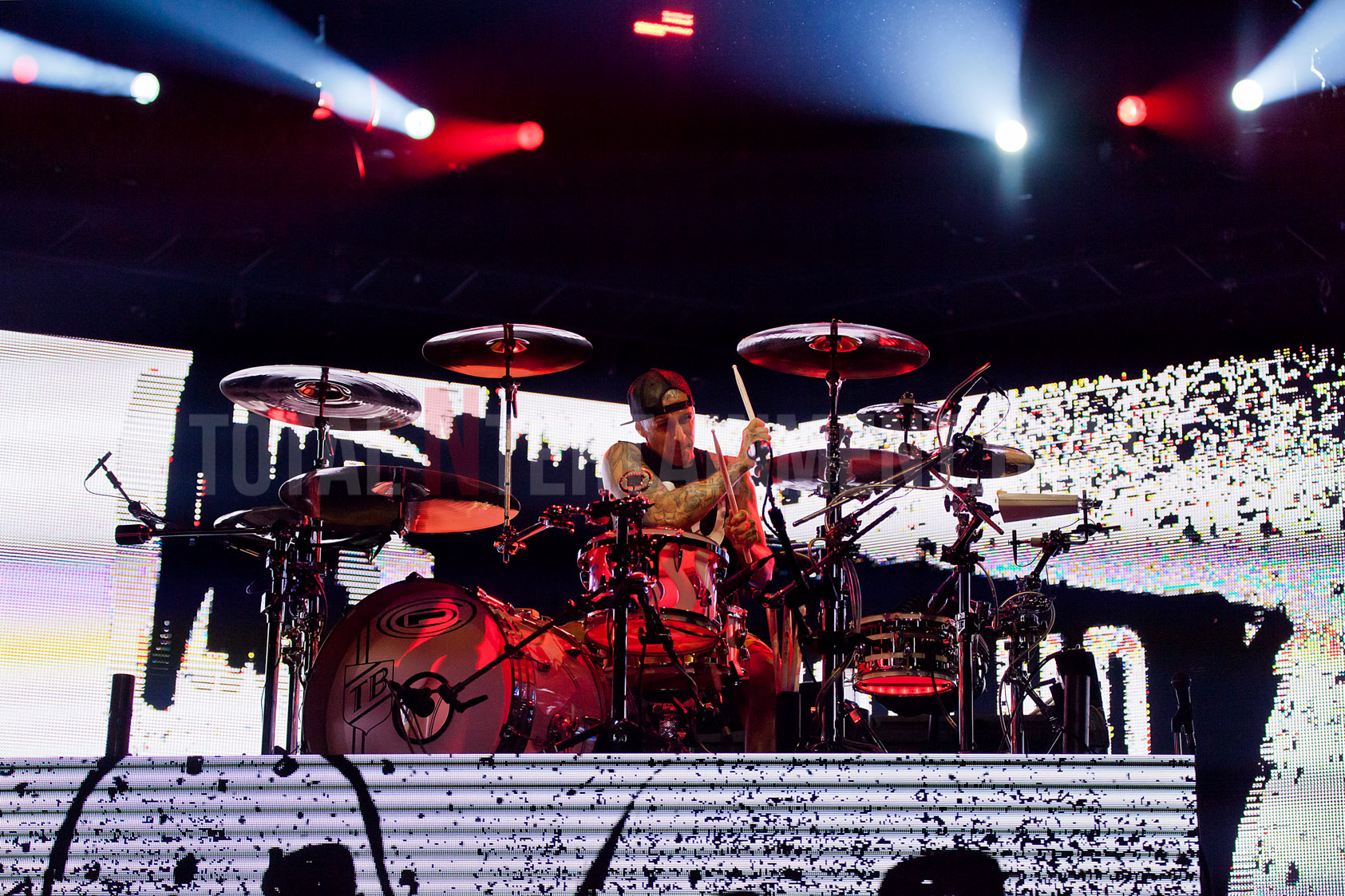