It was a really warm evening as 10,000 people filled the Echo Arena. This was the opening night in Liverpool of Take That’s Wonderland tour. The last time the had performed in Liverpool is was way back in the beginning in 1992 at Aintree Racecourse. Although it has been 25 years since their last performance here, it was well worth the wait.

Take That are well known for their performances. This time performing in the round with a noticeably smaller cast than previous shows, this show was no less visually stunning. These boys are masters of putting on spectacular shows and this was no different. A giant circular stage adorned with their now familiar Take That logo was the centre piece for this production.

The night opened with a man on a flying carpet surrounded by screens. Then the lads appeared from 3 corners of the arena on podiums. The  night kicked off with the title track from the new album Wonderland, before all getting together on the centre stage.

The night continues with the usual Take That flamboyance. There was confetti, and lots of it. A giant carousel with a floating bed, a Giant fish hook and a huge rose, amongst other things. The central part of the stage rises and lowers with various projections on it. A beautiful light and water display for the Flood, as well as fire and fireworks.

It was great to hear some of the older tracks that they haven’t played in a while. How Deep Is Your Love (Bee Gee’s cover) and Satisfied as well as some of the more catchy tunes from lll like Lovelife. As well of some of the classic favourites that everyone loves. The night continues with various elaborate costumes. Howard hanging from the rigging before ending with Never Forget and Rule The world. This is where Gary gets everyone to turn their touches on for a beautiful starry night effect.

Love them or loathe them, they certainly know how to put on a spectacular visual feast full of colour. You are always left wanting more and wonder how they can top the last production, but they do. This is one show that is always worth seeing once even if you are not their biggest fan. A very mixed audience with the men appearing to enjoy it every bit as much as the ladies, Take That did it again. 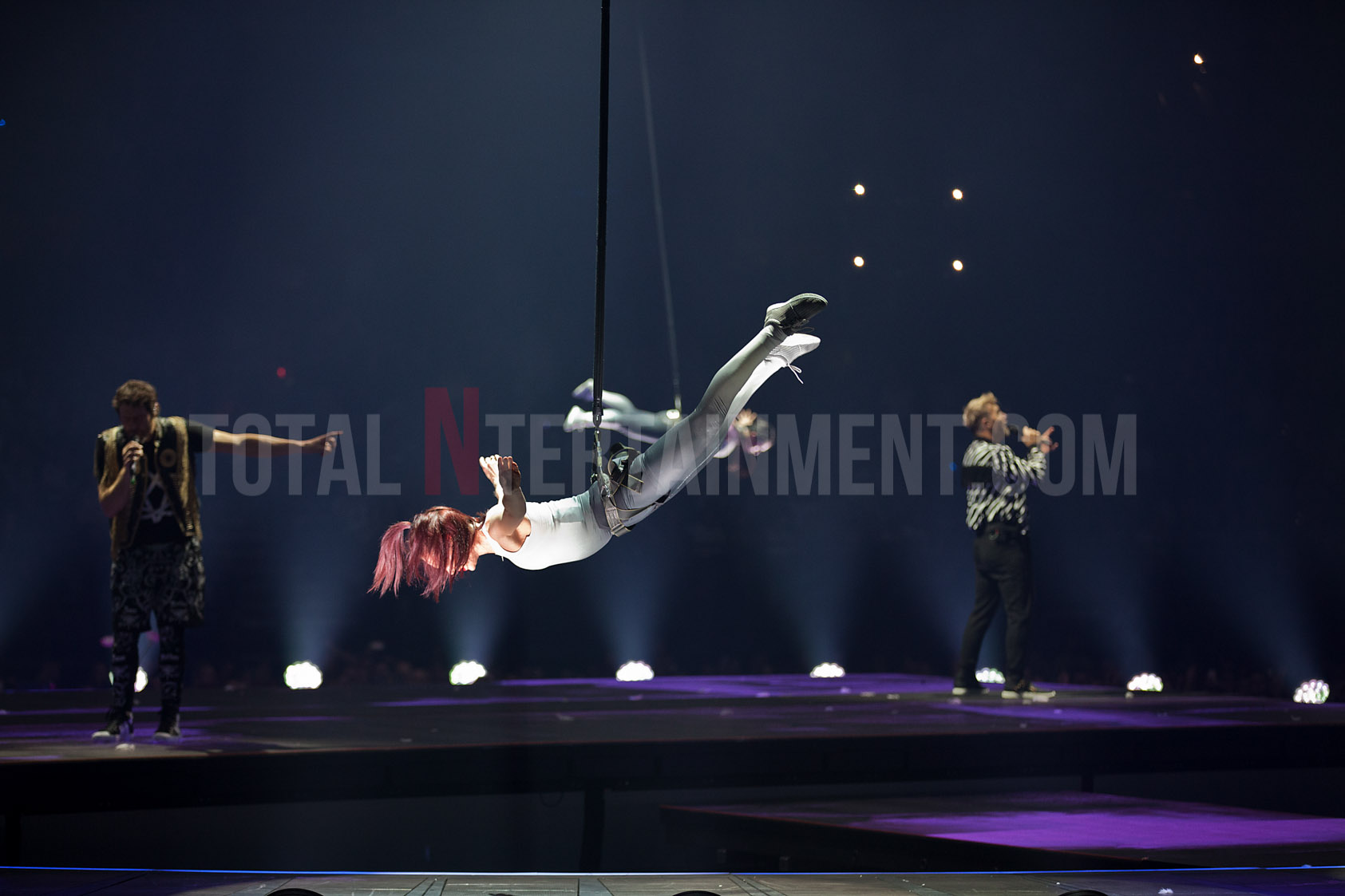 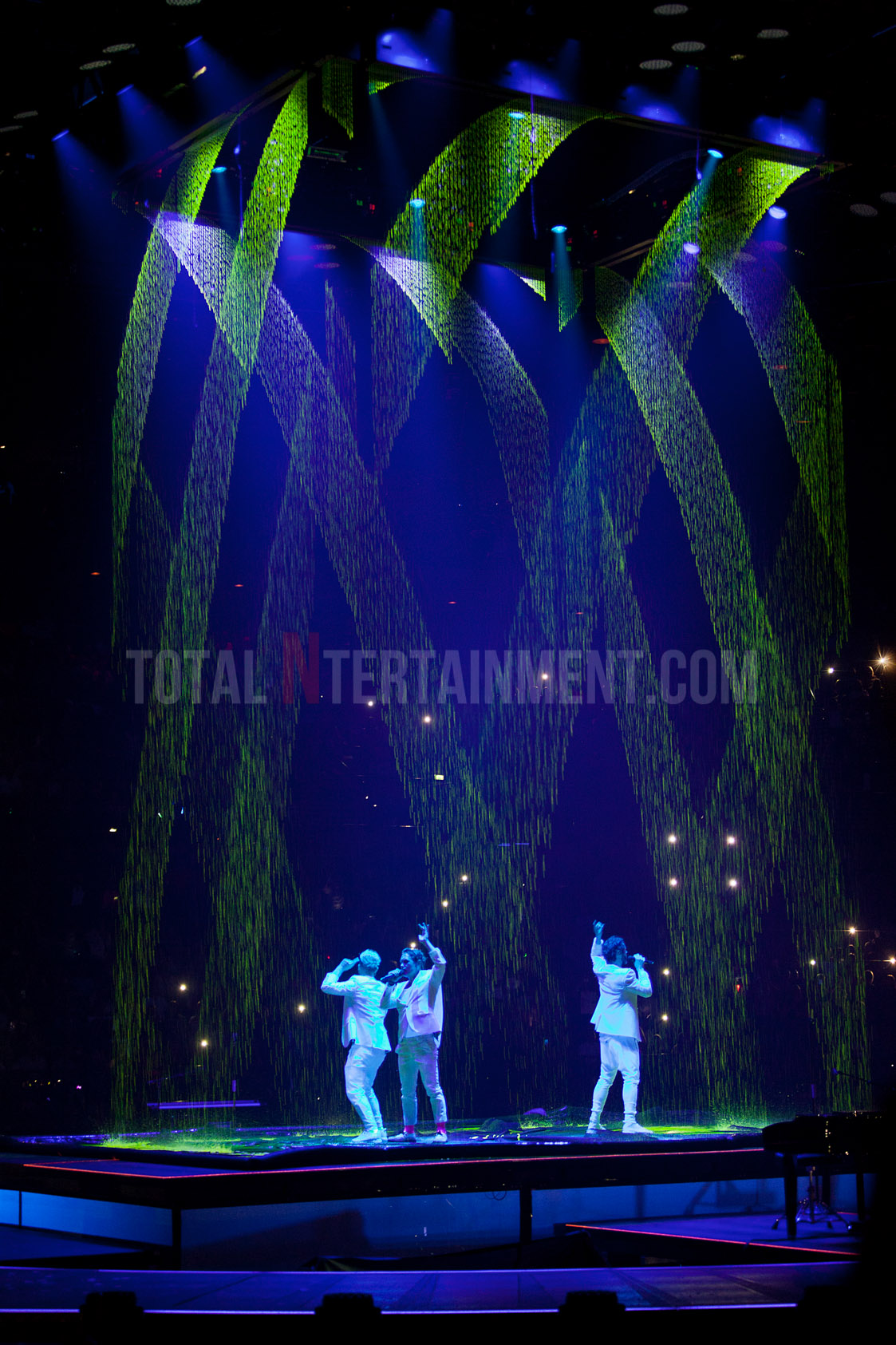 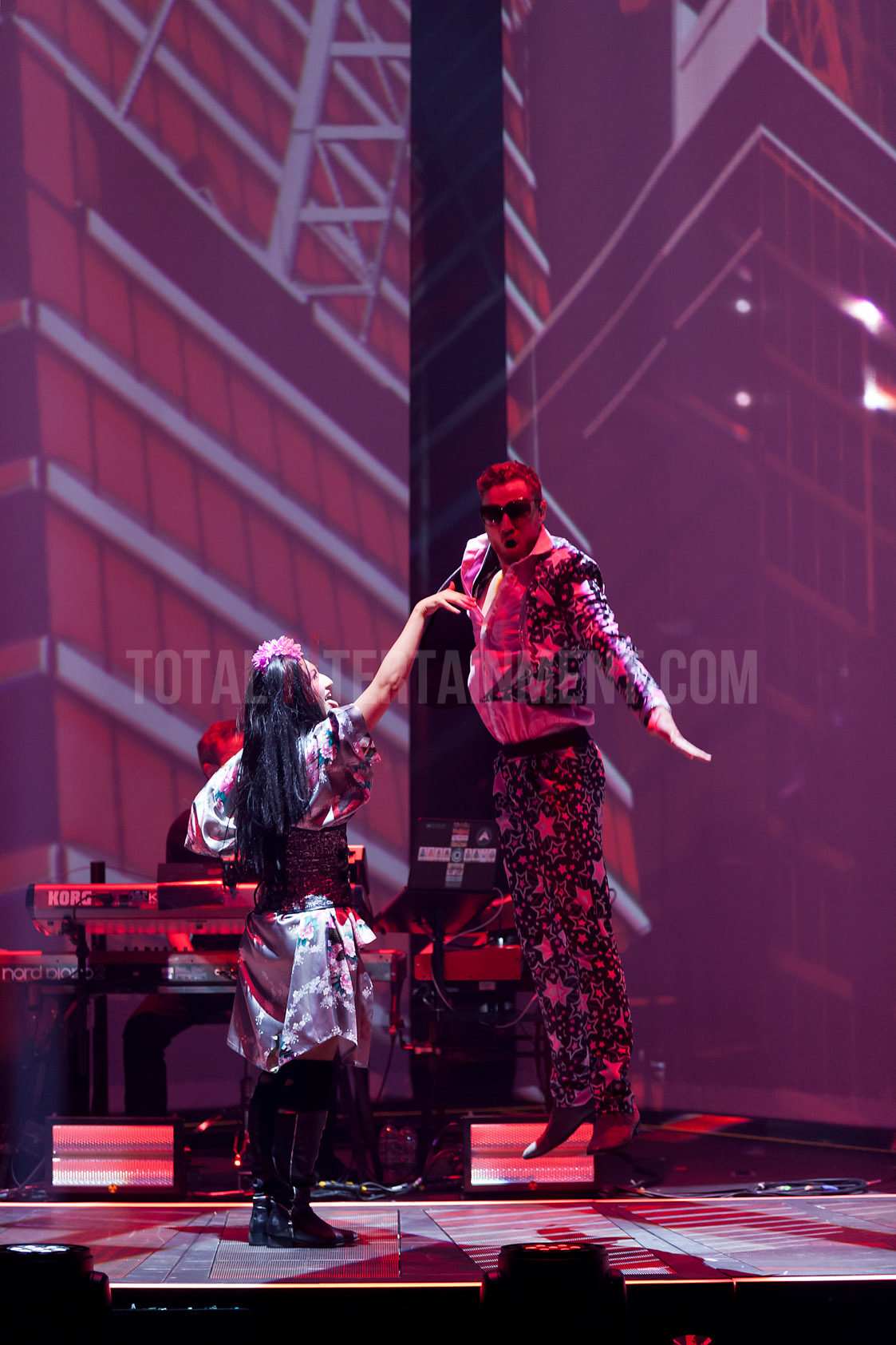 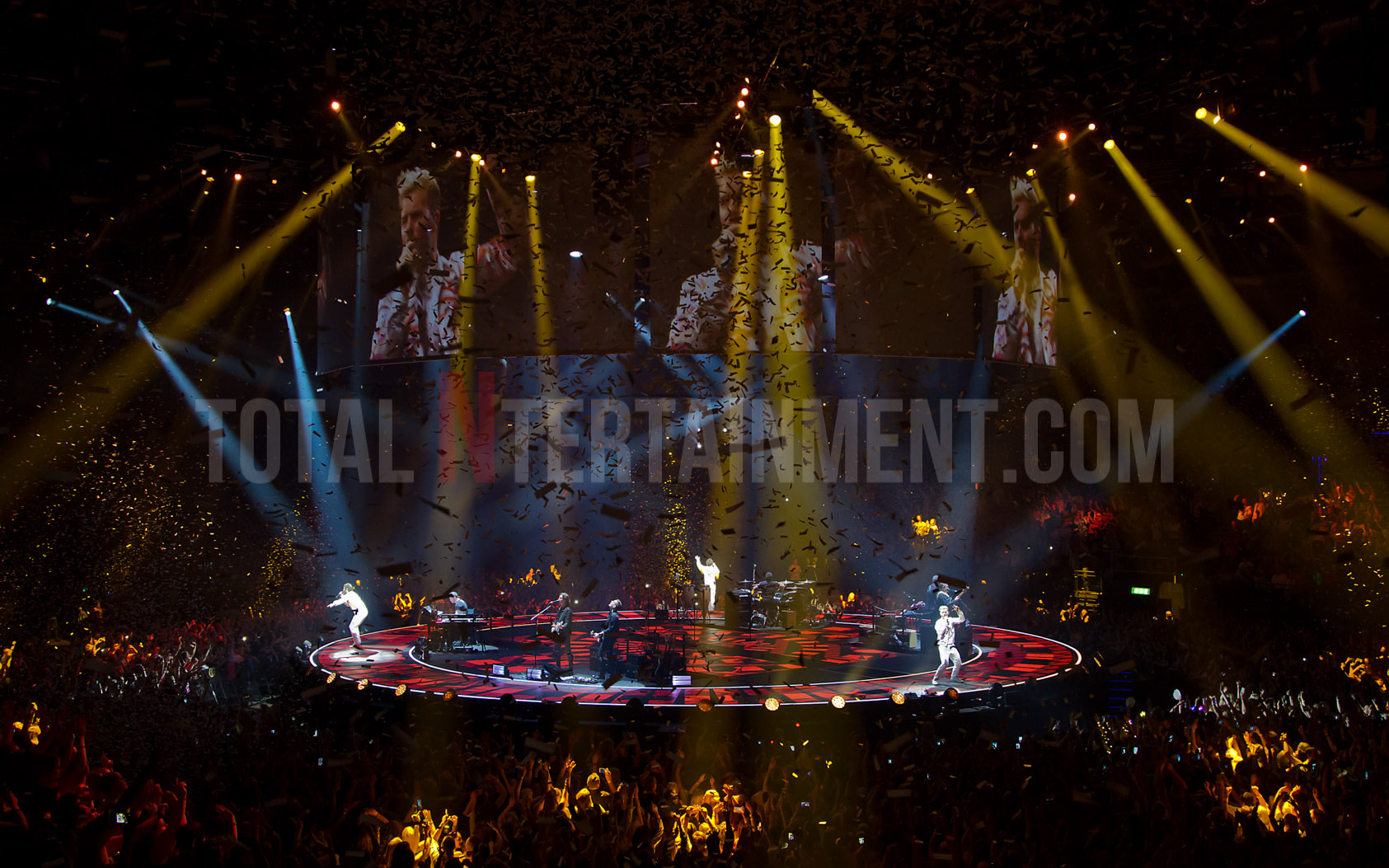 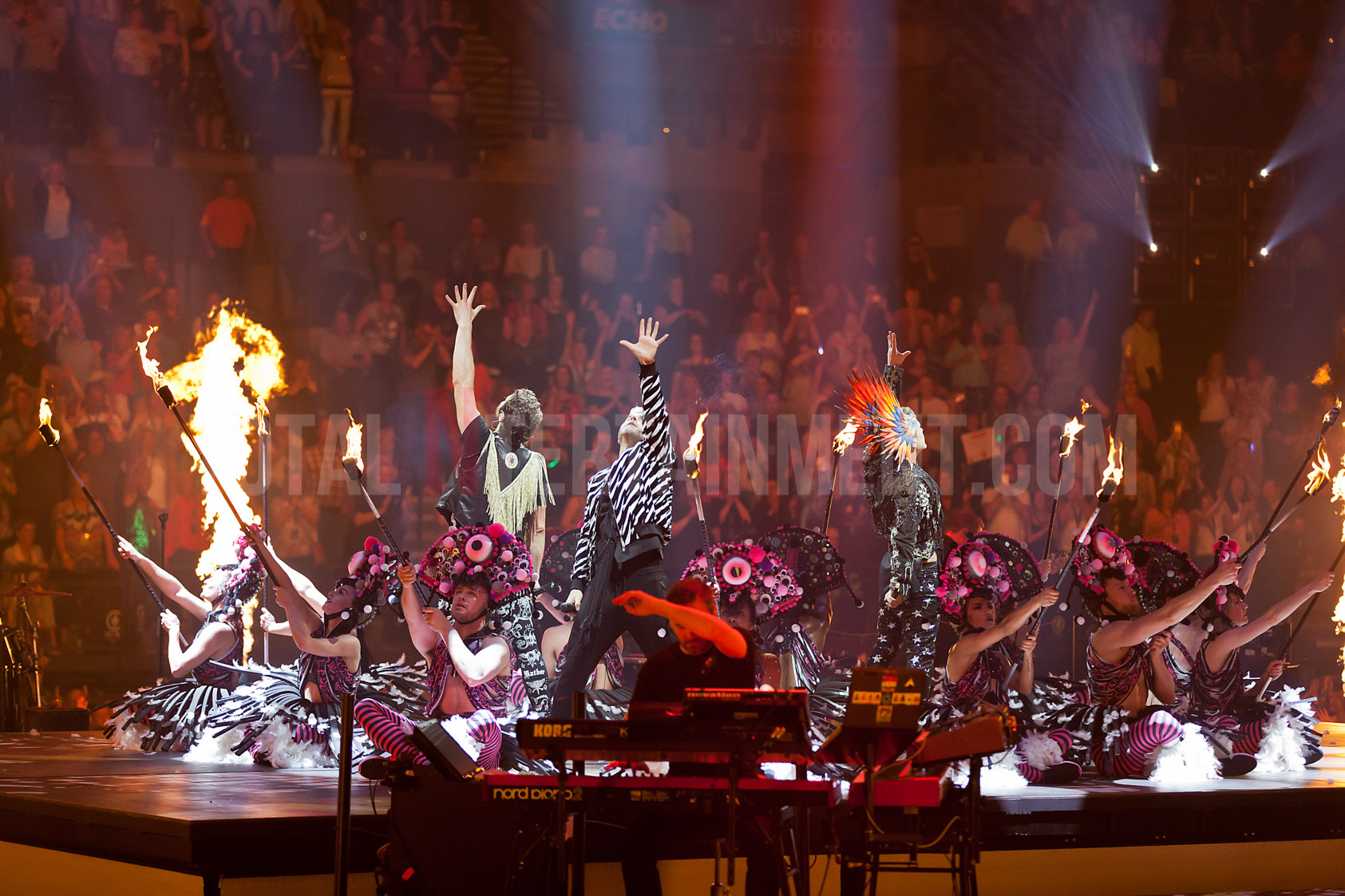 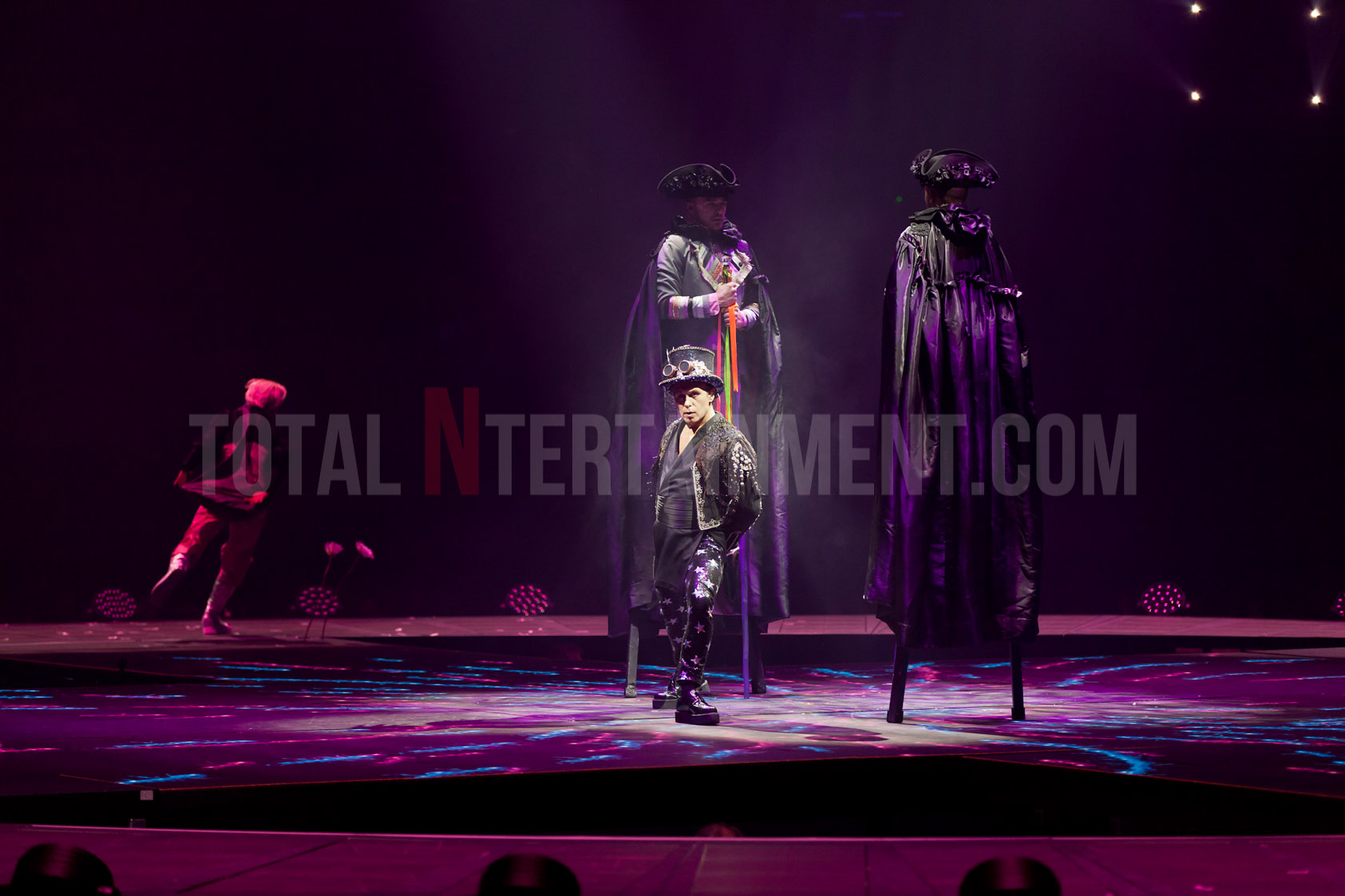 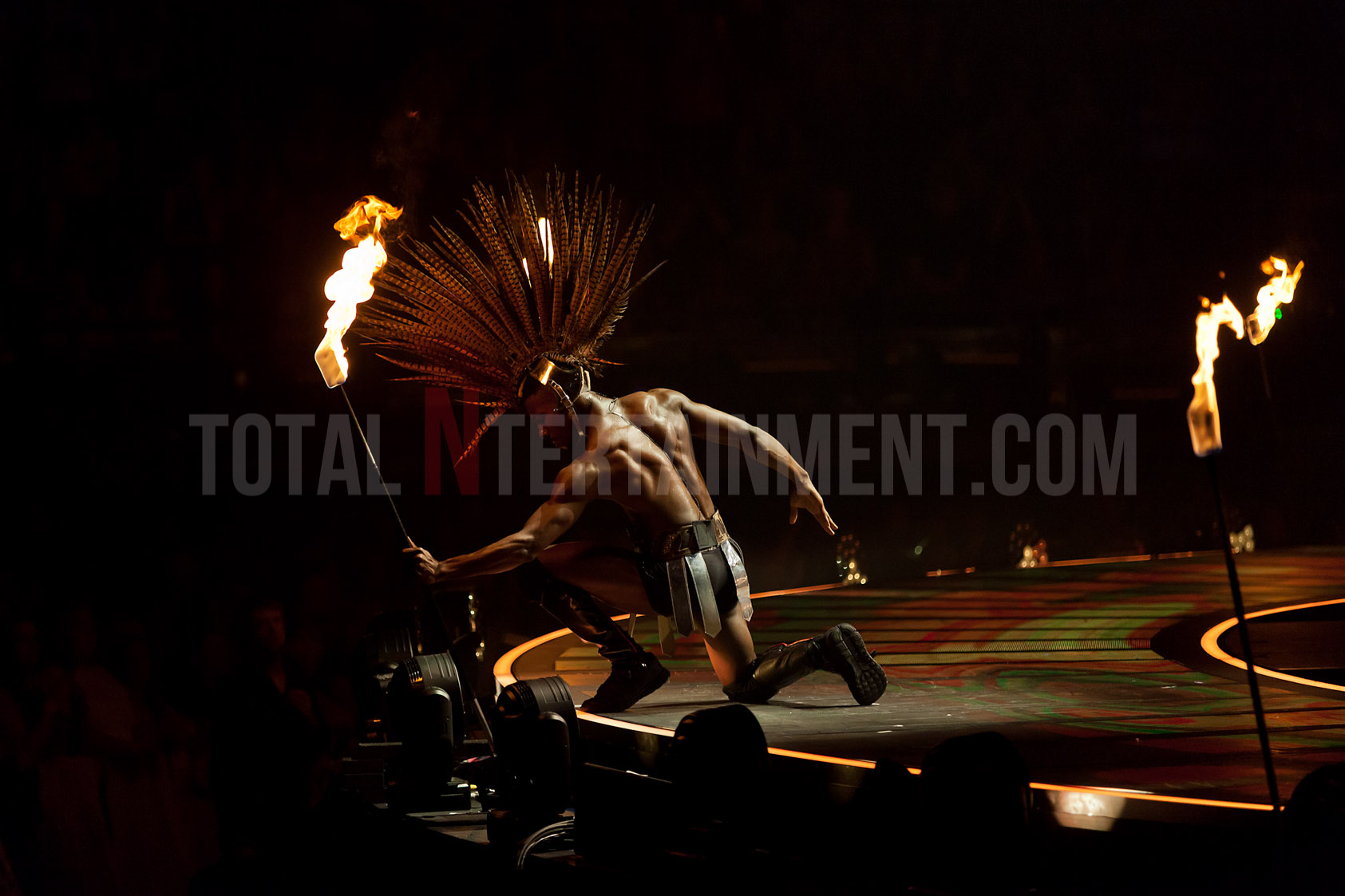 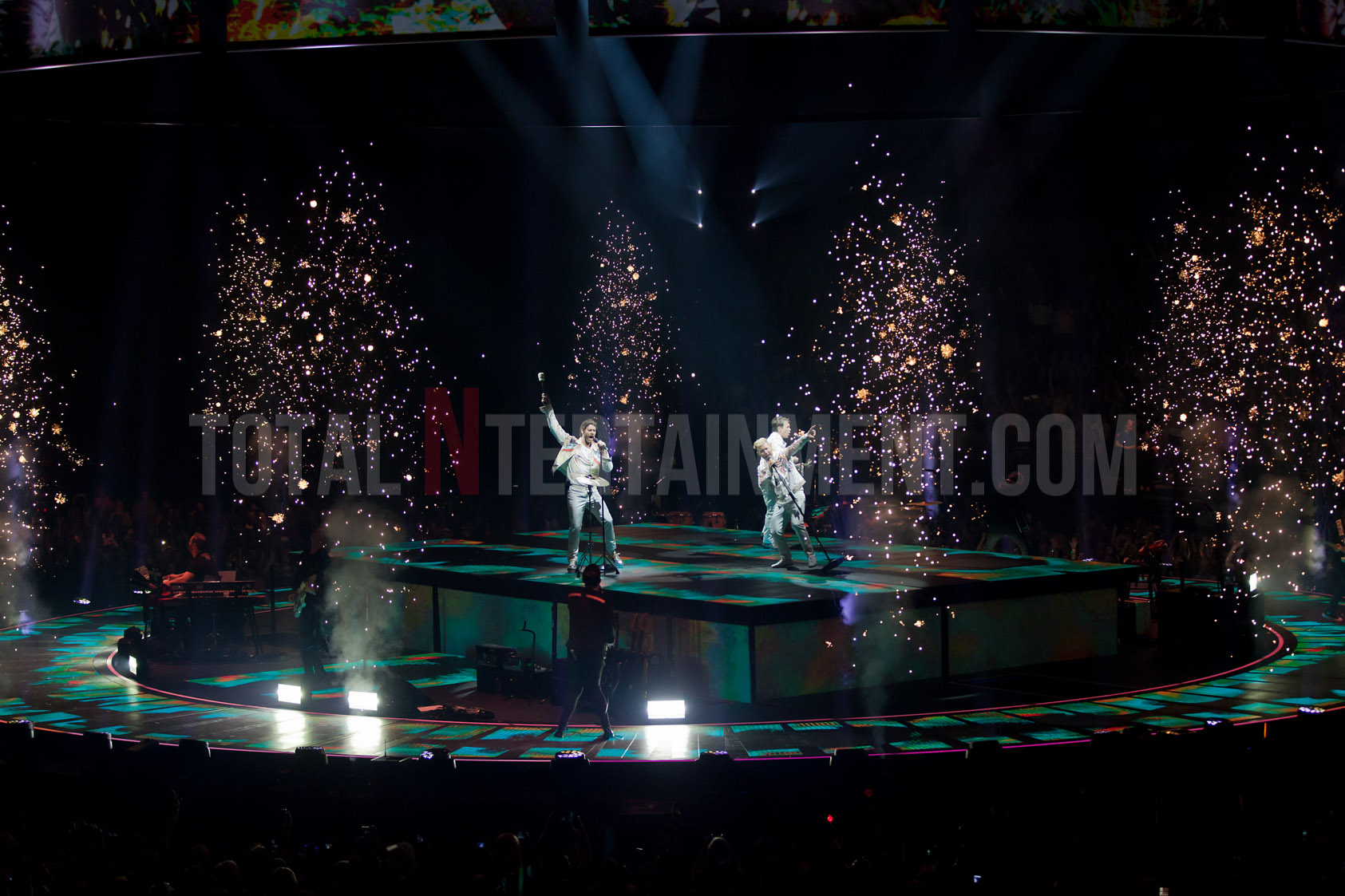 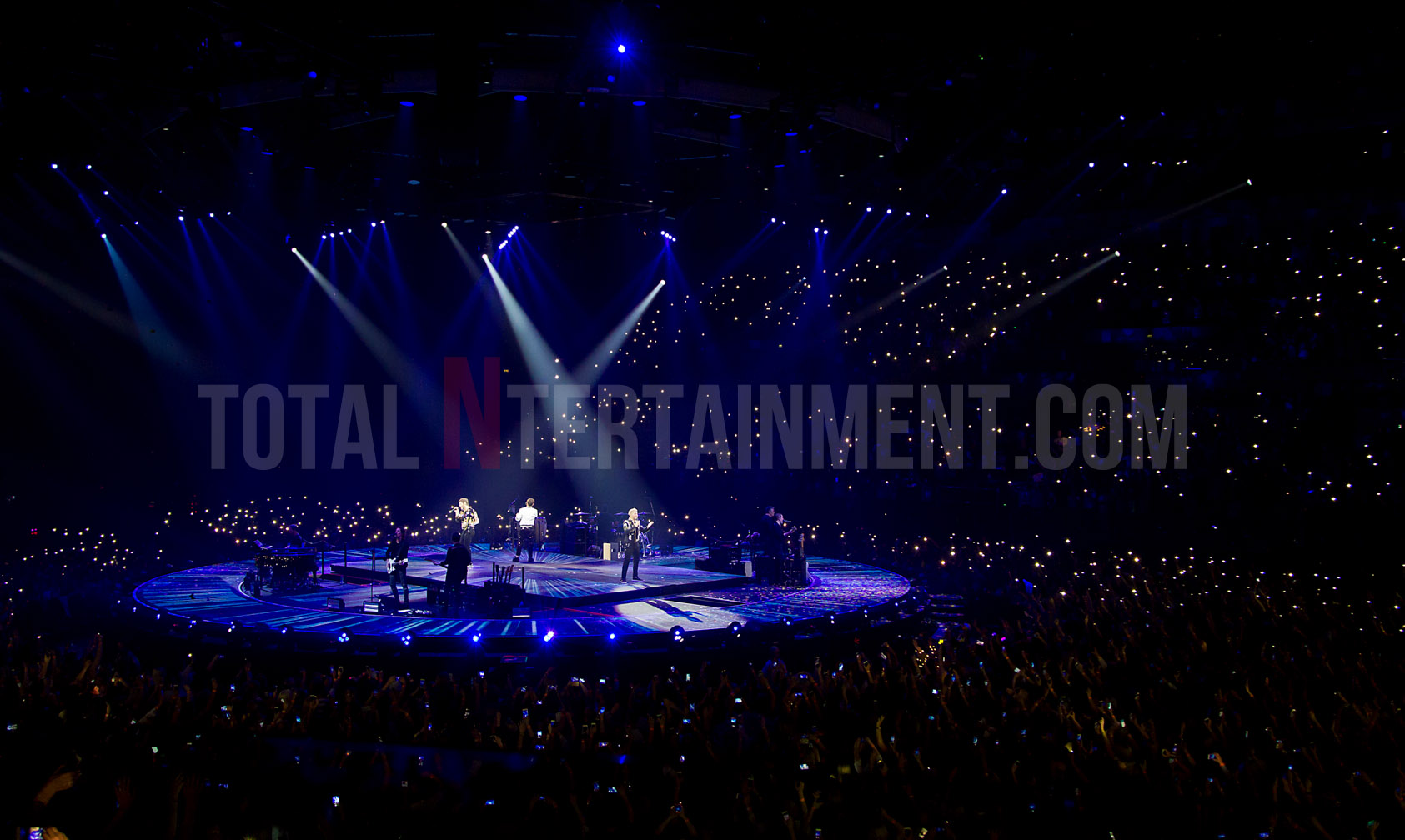 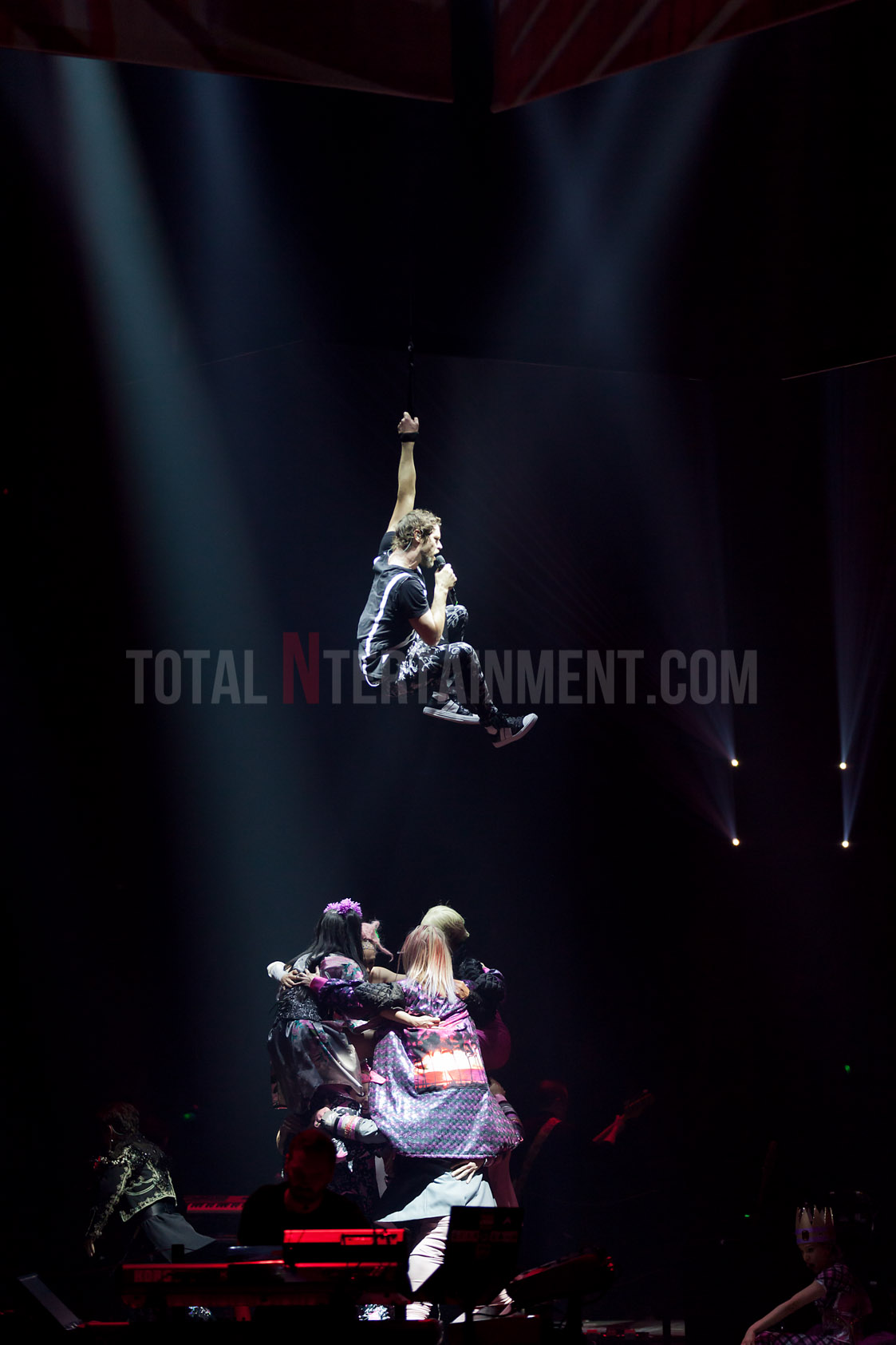 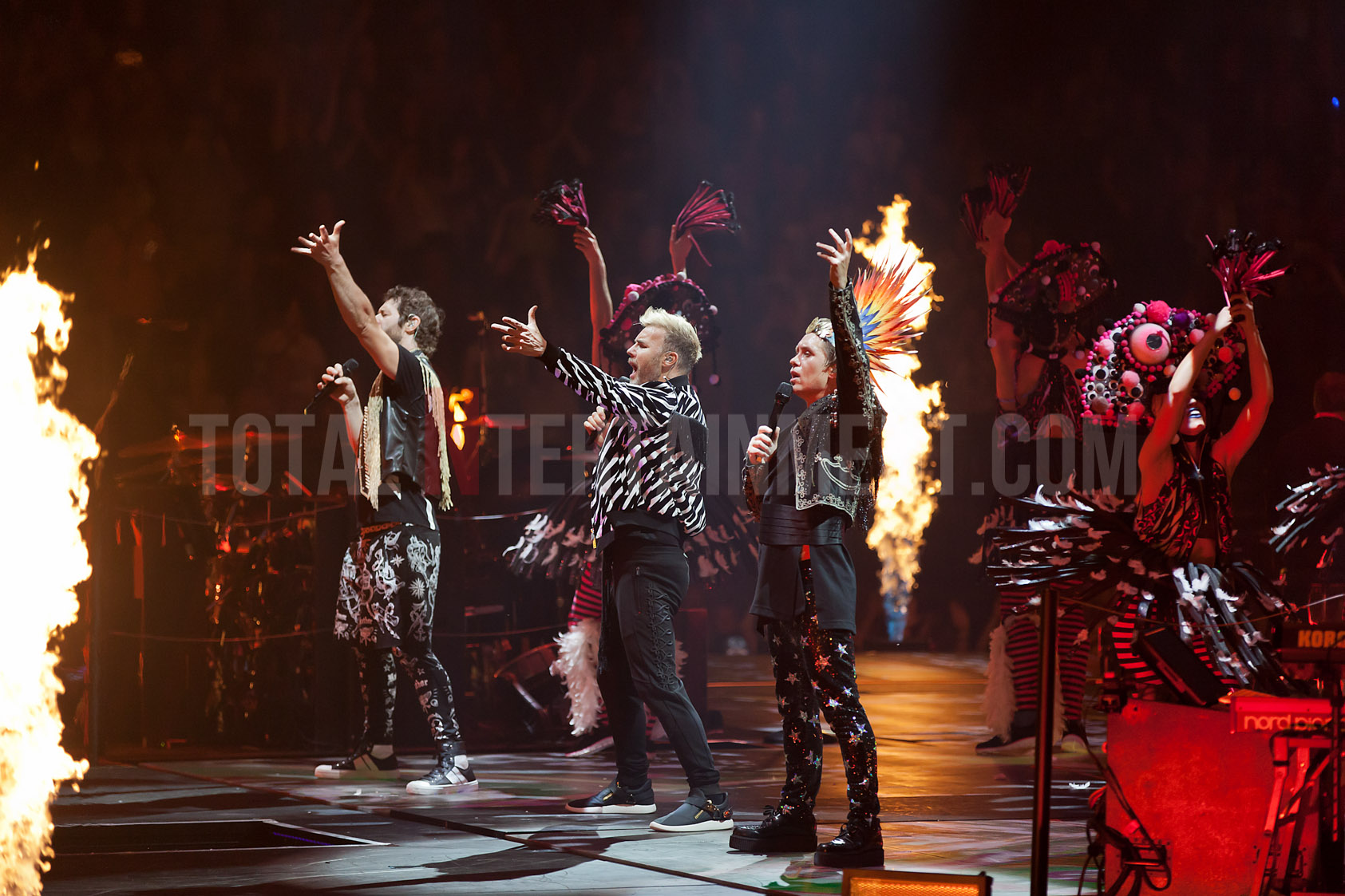 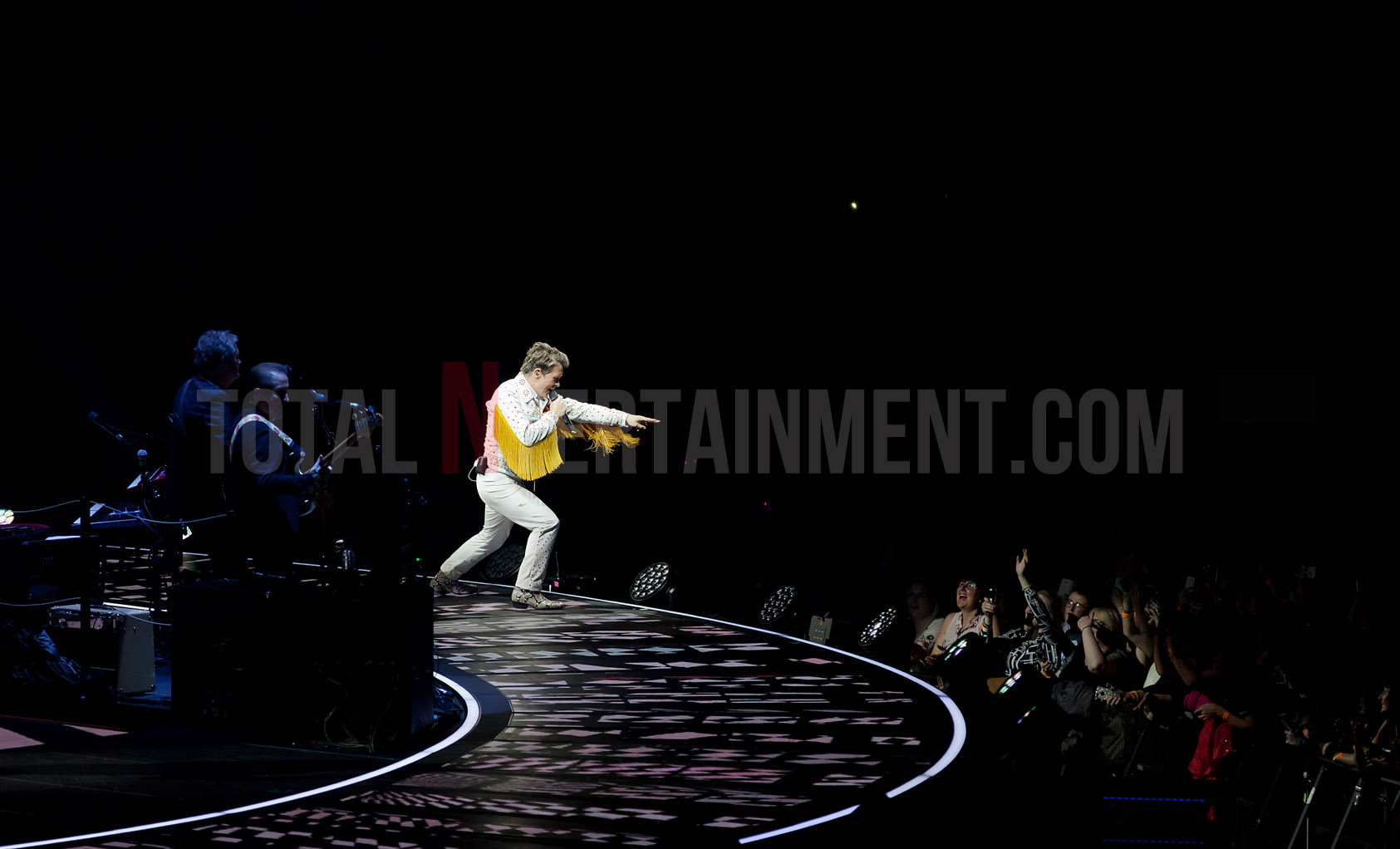 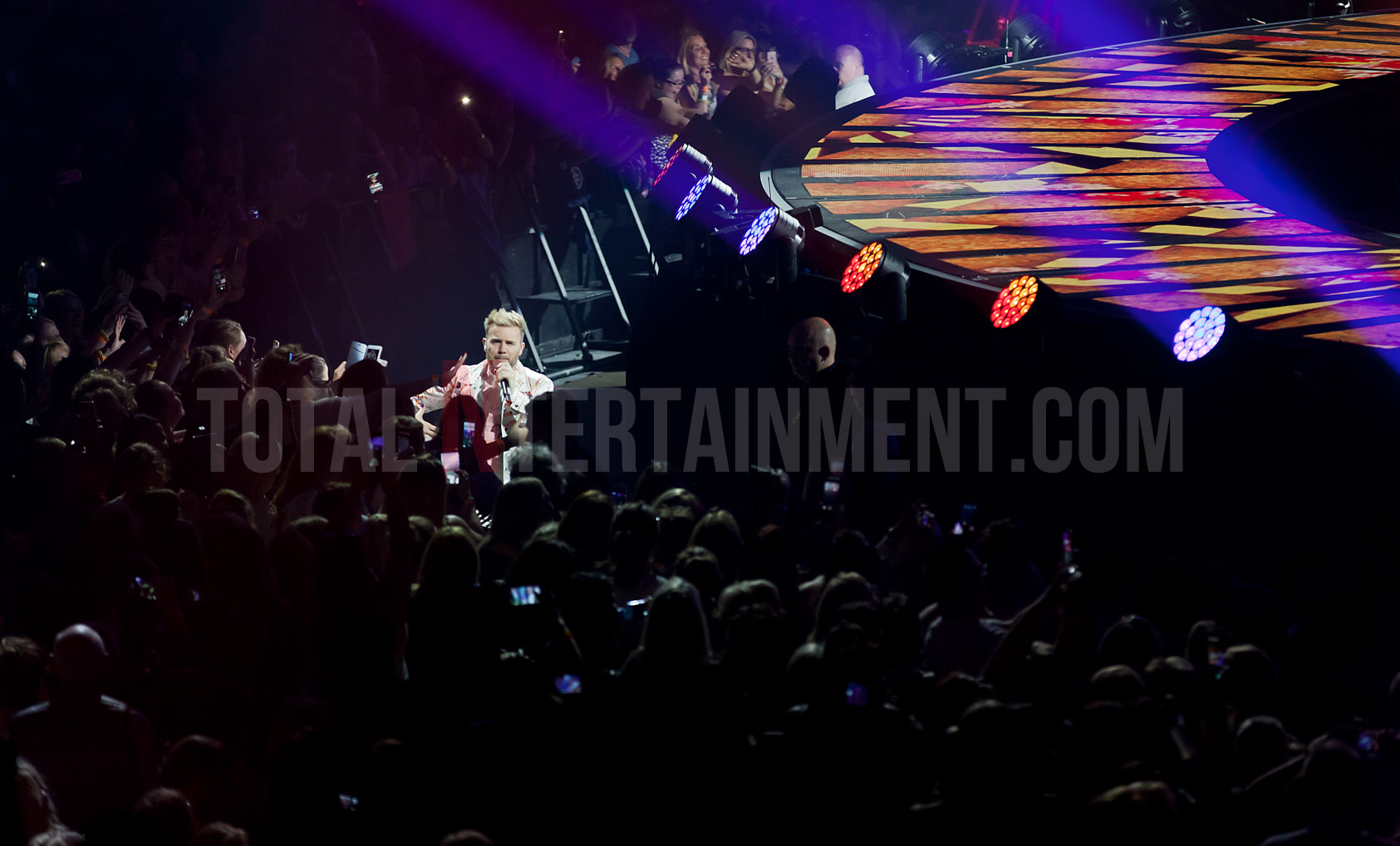 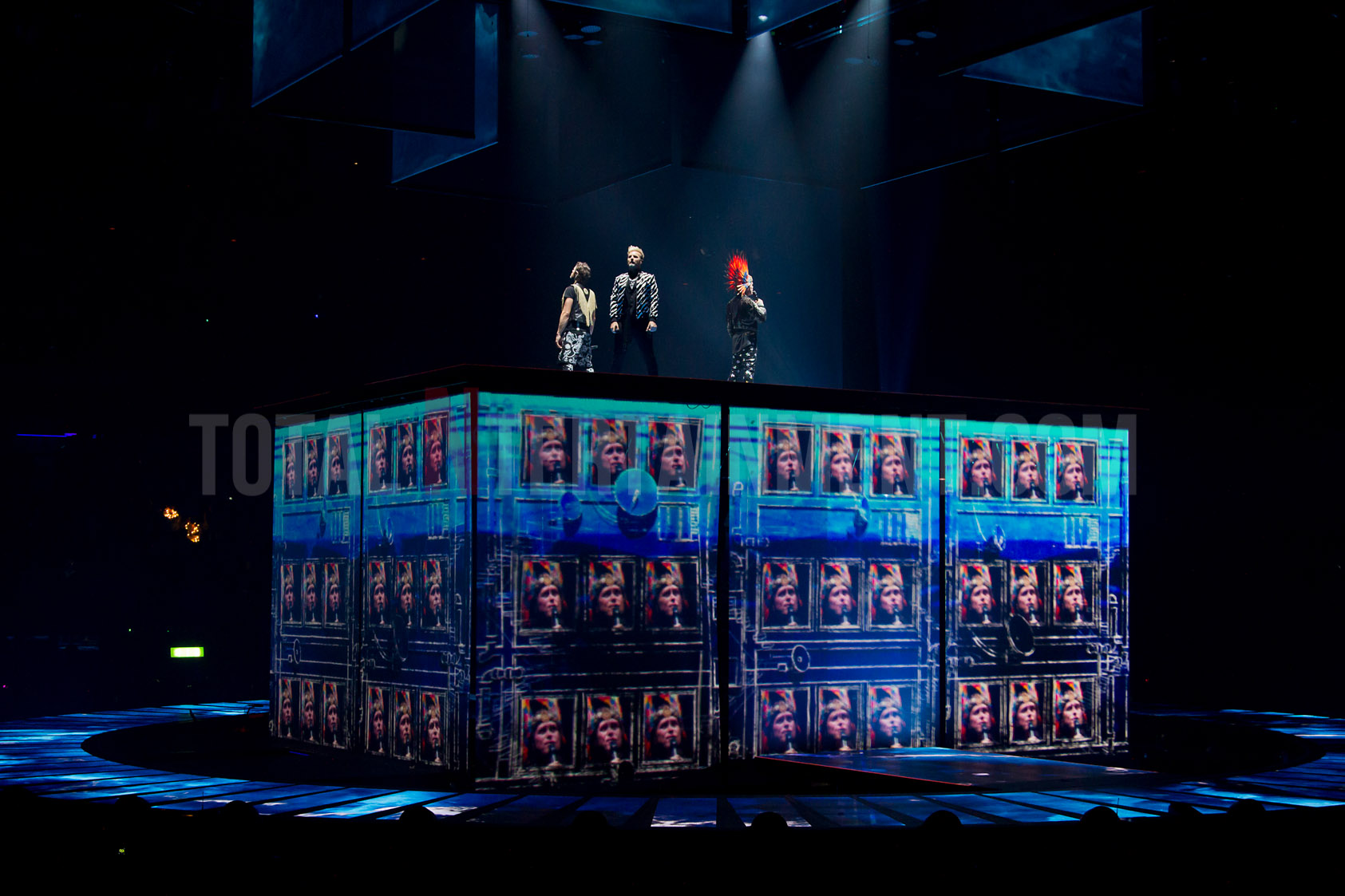