For her most recent album, the Grammy-nominated powerhouse vocalist Beth Hart took on one of her most profound undertakings to date by channelling the legendary voice of Robert Plant on A Tribute To Led Zeppelin. 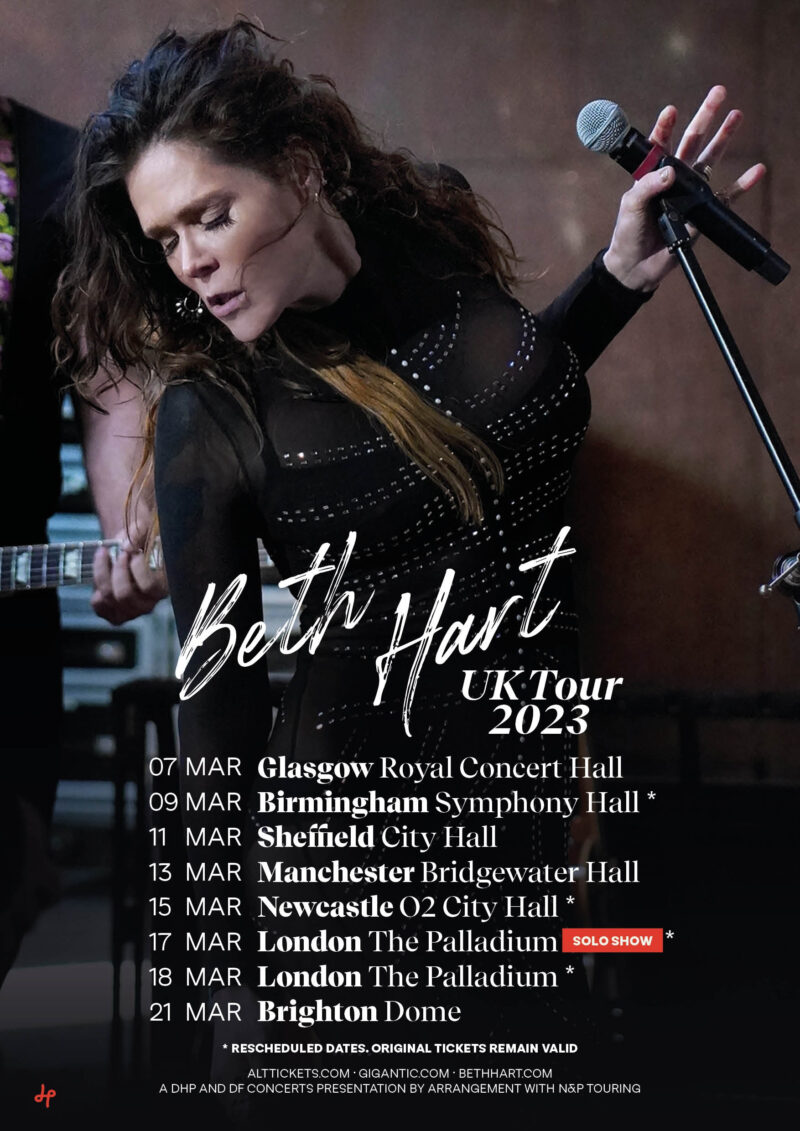 Things began back when Cavallo was producing Hart’s previous album, War In My Mind (2019), and she did an impromptu version of “Whole Lotta Love” in the control room during the session. It’s fitting that “Whole Lotta Love”, is the opening song of the album. From there, it’s a non-stop journey through “Kashmir,” an enchanting version of “Stairway to Heaven” to a James Brown-esque funky strut of “The Crunge.” Inspired medley’s “Dancing Days/When The Levee Breaks” and “No Quarter/Babe I’m Gonna Leave You Now” stand either side of “Black Dog.”  The penultimate song “Good Times Bad Times” leads into the orchestral ballad “The Rain Song,” which closes the album.

Talking about the music and legacy of Zeppelin, she says, “it’s so beautifully done, it’s timeless. It will go on forever. Sometimes people come along, and they’re from another planet, and they make these pieces of art which will forever be.”

The news follows the release of Beth’s latest album A Tribute To Led Zeppelin. Beth’s ever-growing fanbase can look forward to experiencing more of Beth’s breath-taking emotionally charged live shows including songs from her critically acclaimed albums War In My Mind and Fire On The Floor.

Beth continues to vow audiences all over the world with her unique performances and astounding voice. Previously, she sold out the prestigious Royal Albert Hall in London. This performance was later released on DVD and Blu-Ray.