To tie in with this announcement tickets for a world tour go on sale Friday, 31st August here.  A run of special UK shows kick off in November and include a two-night stint at Alexandra Palace, they last played this London venue in 2014.

Bring Me The Horizon have been on a rocket of a journey over the last few years, selling over 2 Million albums globally to date, playing sell out shows in over 40 countries, including two sold out nights at London’s O2 plus wowing a traditionally non rock crowd at Glastonbury Festival in 2016.

Poised now to release their sixth studio album, the band have spent the summer writing and recording in Los Angeles, with Oli Sykes and Jordan FIsh handling production. What has transpired is one of their most exhilarating, genre crossing albums to date.

Oli adds “amo is a love album that explores every aspect of that most powerful emotion. It deals with the good the bad and the ugly, and as a result we’ve created an album that’s more experimental, more varied, weird, and wonderful than anything we’ve done before.”

Whilst amo will have some surprises, it very much sticks to the bands successful fan pleasing formula of massive stadium bouncing rocks songs with huge singalong choruses. A sound that has earned them five A list Radio 1 records to date. 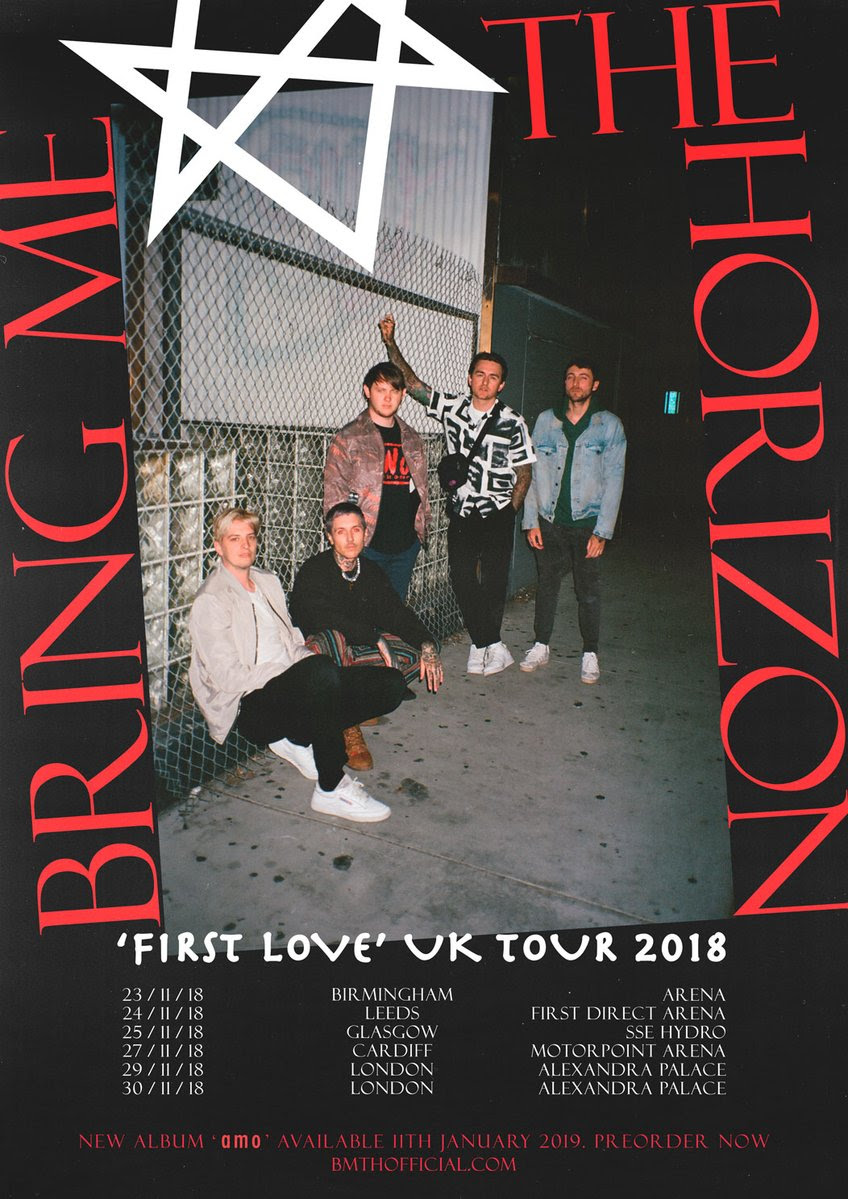