Stick a pony in your pocket – The Trotters are back in town! Following nearly 18-months of being holed up in Nelson Mandela House, Del Boy, Rodney and Grandad are heading back up West, as Only Fools and Horses The Musical is set to make a triumphant return to London’s Theatre Royal Haymarket on Friday 1 October.  Tickets are on sale now from OnlyFoolsMusical.com.

Comedy giant Paul Whitehouse will return to star as Grandad, alongside Tom Bennett as Del Boy and Ryan Hutton as Rodney in this 5 star musical extravaganza.  The re-opening of the show will form part of this year’s 40th anniversary celebrations of the legendary BBC sitcom.  The TV show first graced our screens on 8 September 1981 with the episode ‘Big Brother’ and it’s been making millions of people laugh ever since. 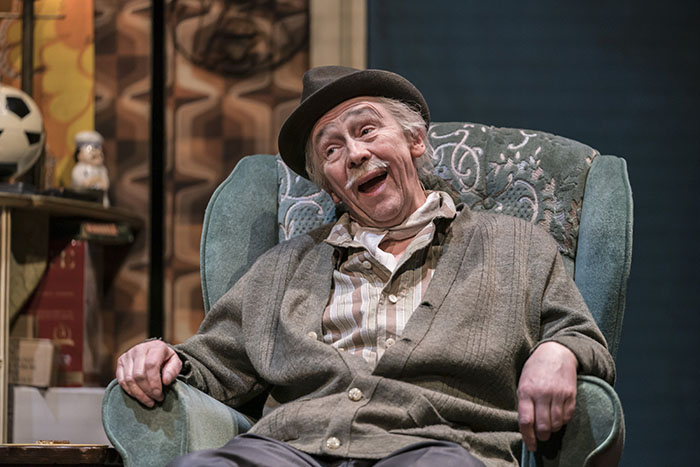 Paul Whitehouse said: “I’m over the moon because, finally, the West End is coming back to life and Only Fools and Horses The Musical will return to the Theatre Royal Haymarket this October. The last year or so has been very difficult for a lot of people, so I know I speak for the whole cast when I say that we genuinely cannot wait to get back on stage in front of a live audience – we’ve missed it so much. Roll on 1st October, we can’t wait to see you. Mange tout!”

John Sullivan’s iconic and record-breaking television series has been turned into a critically acclaimed home-grown West End musical spectacular. With a script and original score by John’s son, Jim Sullivan and Paul Whitehouse, the musical reacquaints fans with Britain’s most loveable rogues, to experience the classic comedy brought to life once again through 20 ingenious and hilarious songs.

Featuring cherished material from the TV series, join us as we take a trip back to 1989, where it’s all kicking off in Peckham. Directed by Caroline Jay Ranger, Only Fools and Horses The Musical also features many of the hugely loveable TV characters: Raquel, Cassandra, Trigger, Boycie, Marlene, Denzil, Mickey Pearce, Mike the Barman and the dreaded Driscoll Brothers. 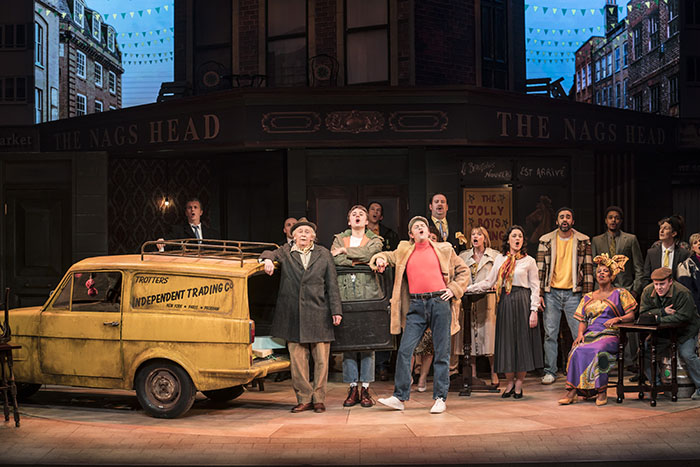 Fans have praised the musical in their droves since it opened in February 2019 with show-stopping standing ovations night after night.  And the critics have loved it too: The Sun awarded five stars, hailing it “One Del of a show!”; the Daily Mirror said it was “a treat for Trotter fans” in their five-star review.  The Sunday Times bestowed four stars and remarked that “Only Fools is a blast from our wide-boy past. A hearty stage adaptation of the 1980s BBC television comedy”. Evening Standard also awarded four stars, complimenting the “unashamedly British night out. A jubilant lovely jubbly!” While Daily Mail urged its readers to “raise a glass of Tittinger to Del Boy and Rodney as Only Fools and Horses storms the West End!”

With musical contributions from Chas n Dave, the beloved theme tunes as you’ve never heard them before and an array of brand-new songs full of character and cockney charm, you’re guaranteed to have a right knees-up!  Only Fools and Horses The Musical is a feel-good family celebration of traditional working class London life and the aspirations we all share.